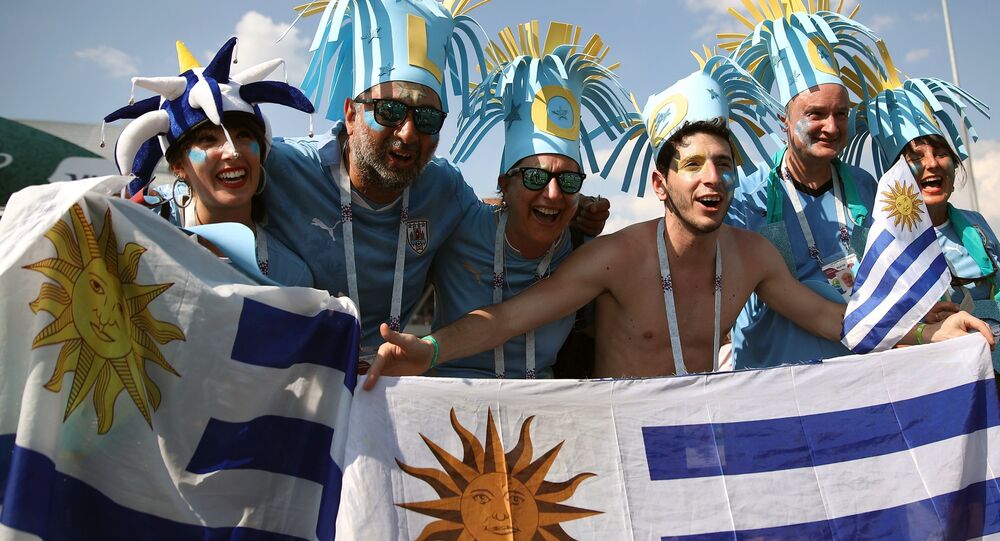 On Monday, Russia's national football team will face Uruguay's counterparts at the 2018 FIFA World Cup. Both teams have already managed to make it to the tournament's Round of 16.

Appearing in an RT promo video dedicated to the 2018 World Cup, legendary football coach Jose Mourinho gave his thoughts on the upcoming Russia-Portugal encounter, which he predicted would be a "competitive match."

"The home team is behind a huge support of their own country but Uruguay knows how to compete and how to be clever and try to influence the game with the emotional side of it, so it can be a big match," he said.

Mourinho is the head coach of the English club Manchester United. He has been at the helm of some of the world's biggest football clubs and was awarded the title of "Coach of the Year" by FIFA in 2010.

Uruguay will face Russia in Samara on June 25 in a match that will kick off at 5:00 p.m. Moscow Time (GMT+3) and determine which of the teams wins Group A, while both have already qualified for the Round of 16.

The 2018 FIFA World Cup started on June 14 and will continue until July 15, with matches being played in 11 cities across Russia.