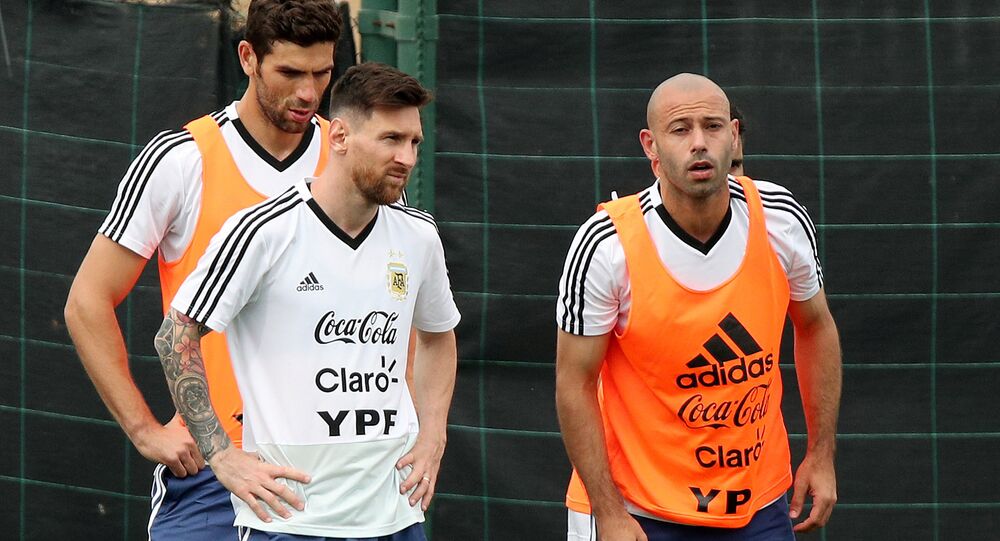 The Argentine team will reportedly have a say on the line-up for their game against Nigeria on Tuesday. With only one point in Group D at the moment, Sampaoli's side is extremely close to early elimination from the tournament.

After a disastrous loss against Croatia, Argentina's future at the 2018 World Cup is dark as night. Senior players have been reportedly trying to take the wheel and drag the team out of trouble.

Ricardo Giusti, a former midfielder and Argentina's 1986 World Cup winner, said as quoted by The Daily Mail that "the players will decide the team, that's a fact." He went on to say that Sampaoli's presence on the sideline will depend on the manager.

With Argentina being in desperate need of a comeback, Lionel Messi and Javier Mascherano, as senior players, will most likely be consulted, The Daily Mail reports.

A 1-1 draw against Iceland and a shocking 3-0 defeat against Croatia put the two-time world champions on the brink of an early exit from the World Cup.

Nigeria's 2-0 win over Iceland on Friday, however, lifted Argentina's hopes of advancing to the Best of 16. Now, Argentina's only goal is to beat Nigeria and hope that Croatia doesn't lose against Iceland.