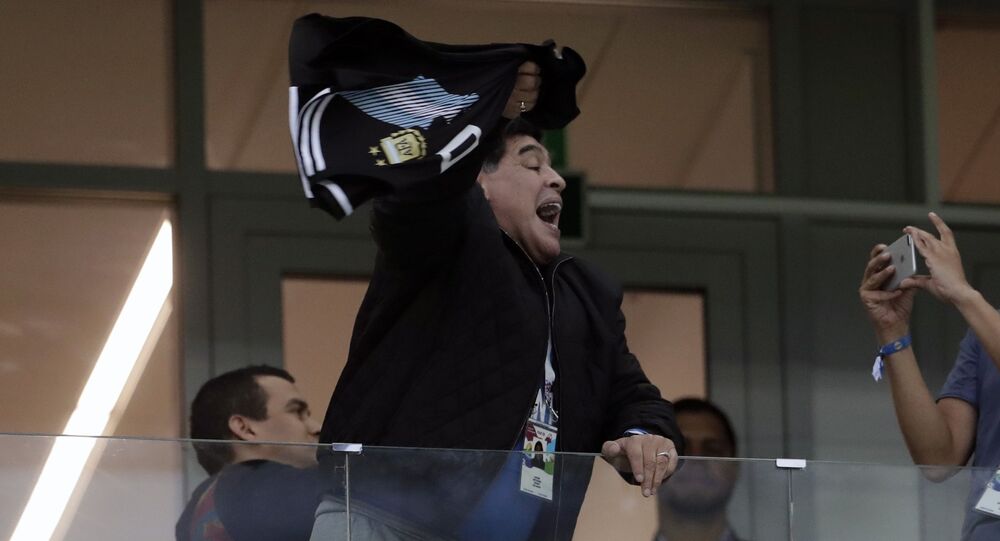 After a draw with underdog Iceland and an embarrassing loss to Croatia, the two-time World Cup champions are on the brink of an early exit from the tournament.

Legendary Argentine football player Diego Maradona, who led his squad to the 1986 World Cup title, has demanded access to the team's training ground in the run-up to the decisive Group D final game against Nigeria.

"I want to be able to talk to the players and make them understand what it means to wear the national shirt," the 57-year-old said.

Earlier, Maradona was spotted supporting his team at the stadium during matches with Iceland on June 16 and with Croatia five days later.

On Friday, Nigeria beat the underdogs Iceland 2-0 in Volgograd to lift Argentina's hopes of advancing to the knockout stage. Now, with the squad facing the prospect of an early World Cup exit, Argentina's only goal is to beat Nigeria and hope that Iceland don't win against Croatia.

Following Argentina's 0-0 draw with Iceland, Maradona told Venezuelan TV that he could not blame the players and slammed the team's performance as a "disgrace". The football legend also warned manager Jorge Sampaoli that he would not be welcome back home if he didn't change his tactics.