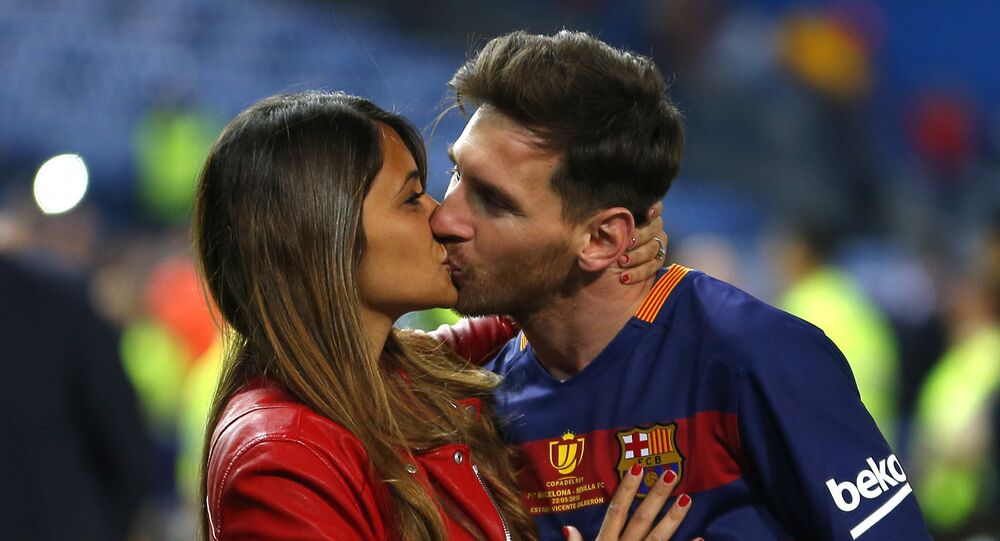 Since Argentine forward and FC Barcelona megastar Lionel Messi failed to save the squad from a devastating defeat in Thursday’s World Cup match against Croatia, his wife has become the subject of trolling on Instagram.

While Messi’s wife Antonella Roccuzzo was unable to be in Russia for the championship, she took to Instagram to cheer on her husband ahead of the game, having posted a picture of the couple’s three-month-old son, with the caption, “#VamosPapi” – meaning “#GoDaddy”

Angry fans mocked the caption to the picture, with one writing, “Papi is a loser,” while another user wrote that “Papi” would be coming home soon when Argentina gets knocked out of the tournament.

“I hope you will tell Messi to play a better match against Nigeria,” another person commented, referring to the upcoming third and final Group D game in St. Petersburg.

Meanwhile, many others voiced support for the family with kind words and wishes: “Go, Leo! Do it for your family!”

Another person wrote: “Be brave Anto… We all know Leo's the best.”

A fan penned a touching comment in Spanish, addressed to the couple’s baby in the picture – Ciro:

“Ciro, when the day comes and you can read this… know that your dad is the best in the world. Do not pay attention to the people who say a lot of things about him, those people do not see how much he does for our national team and every game in Barcelona! You're going to watch videos and you'll know why the world speaks and talks of him!”

Messi was previously roasted for failing to score after Argentina was awarded a penalty in the opening match against Iceland, which ended with a 1-1 tie.