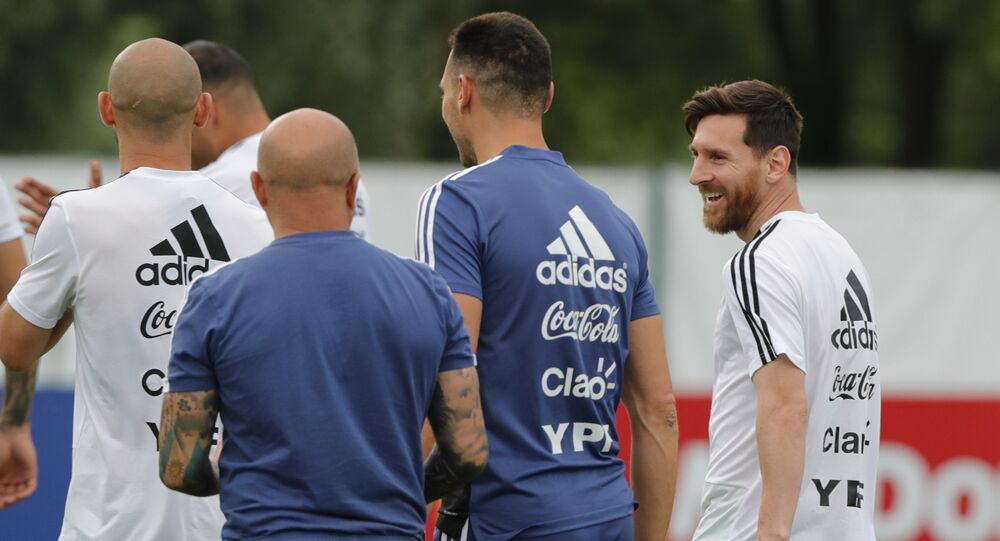 Excitement is running high as Argentina is set to square off against Croatia and France will be trying to win against Peru on Thursday as the second week of the FIFA World Cup kicks off.

Argentina’s football star Lionel Messi is bearing the weight of expectations from his teammates and fans as they will expect him to redeem himself after not managing to find the back of the net in the game against Iceland.

Messi has so far been overshadowed by Portugal’s superstar Cristiano Ronaldo who has scored four times already during the tournament.

​Ronaldo’s goal on Tuesday led to a 1-0 Portugal victory over Morocco, knocking the North African team out of the tournament.

The match between Argentina and Croatia will be held at the Nizhny Novgorod Stadium.

Argentina is ready to take on Croatia as Argentina's striker expressed hope in the team's performance and Messi's skills.

"We are all with him, he knows that he can count on the support of all of us more than ever," Argentina striker Paulo Dybala said of Messi.

© Sputnik / Vitaliy Belousov
Messi to Receive Copy of World Cup Trophy as Birthday Gift - Official
He went on to say that the team is there to help him every step of the way and they will all stick together.

Even before the start of the World Cup, Group D, which includes Argentina, Iceland, Nigeria and Croatia, was named the Group of Death due to the unpredictable results in the group.

Croatia may even settle for a draw, whereas, the Argentines really need a win, otherwise in the last group stage match with Nigeria not everything will depend on the South Americans. Argentina’s draw with Iceland was dangerous for the team.

© Photo : YouTube/Sputnik
WATCH Moroccan Football Fans Sing in Moscow Subway Ahead of Match With Portugal
Meanwhile, France will be looking for a second World Cup Group C win against Peru on Thursday.

The match will be held at the Yekaterinburg Arena in the city of Yekaterinburg. The team has promised to step up their game.

"We took stock of what was done well or not so well and all agree that we will have to increase our physical intensity and improve our attitude in general," said France vice-captain and central defender Raphael Varane.

This match will be held at the Samara Arena, as Australia will face Denmark in a Group C showdown on Thursday.

Fans are thrilled to see the upcoming match and many are rooting for Argentina winning with Messi being the star of the game.

'Ronaldo's Scored 4 Goals in World Cup - Opposite to Neymar' - Blogger