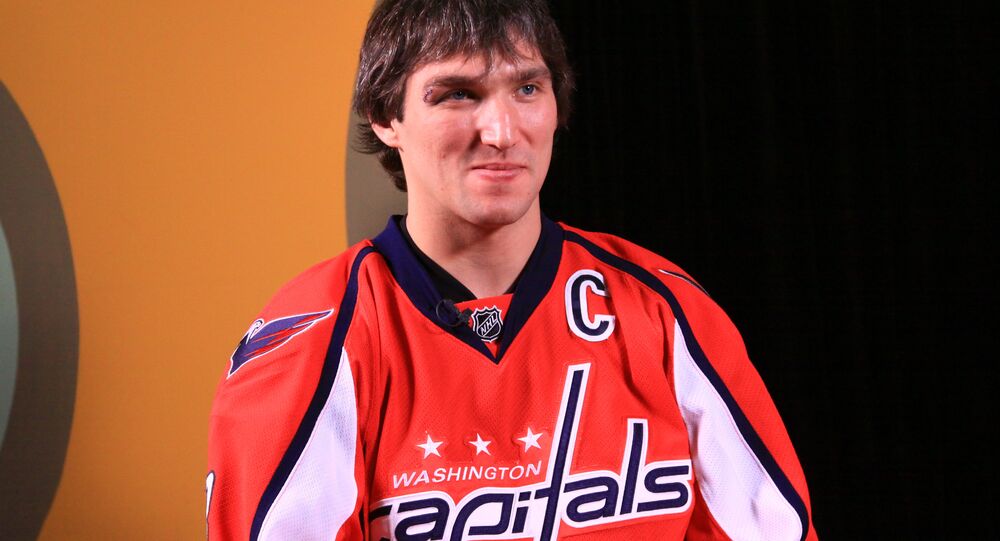 MOSCOW (Sputnik) - According to the NHL's official website, the Washington Capitals captain Alexander Ovechkin said Thursday that he was "worrying" about Russia's performance at the 2018 FIFA World Cup.

"The World Cup is [underway] in Moscow now and I will be worrying about the guys. We are already worrying, and I've even got more gray hair. When we come back to Moscow it will be clear and we'll see what to do next," Ovechkin said, when asked about his plans for the summer after winning his seventh Maurice Richard Trophy for most goals scored during the NHL season.

Russia has qualified for the World Cup knockout stage for the first time after defeating Saudi Arabia 5-0 in the opening game of the tournament on June 14 and beating Egypt 3-1 on Tuesday.

Stanislav Cherchesov's men will face Uruguay in Samara on Monday in a match that will decide which of the teams wins Group A. Russia's first-ever FIFA World Cup will last until July 15, with a total of 64 matches set to be held at 12 stadiums across 11 cities.