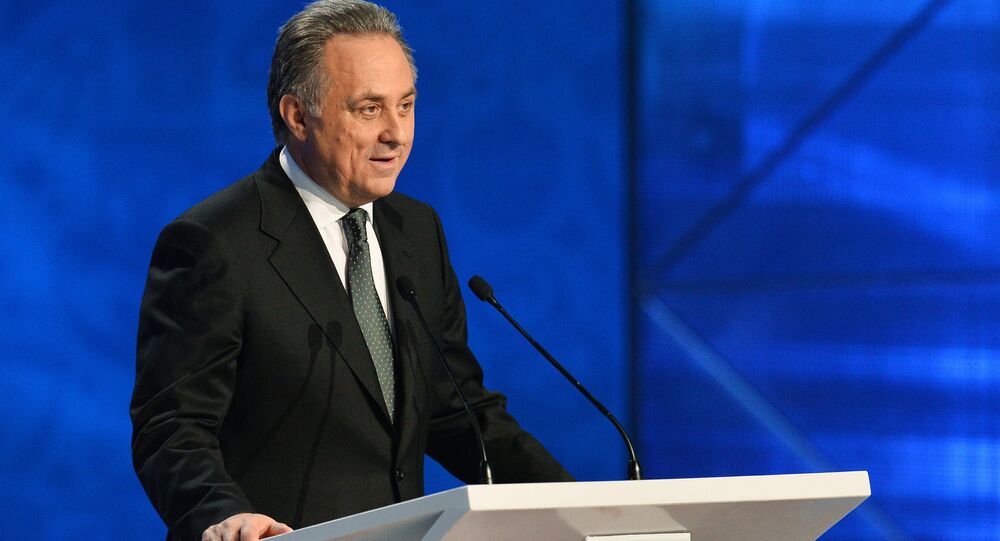 NOVOGORSK (Sputnik) - Russian Deputy Prime Minister and Russian Football Union executive committee member Vitaly Mutko said on Sunday that the national team should not have any difficulties with Egypt in the upcoming Group A if the team plays at its level.

"If we [the Russian national team] play at our level, than I don't see any problems [in the match against Egypt]," Mutko told journalists.

After playing Egypt, Russia are also set to face Uruguay in their final Group A match on June 25.

"The boys played the first game. The second one — and the main one — is yet to come… The head coach [of the Russian team] was 'bullied' before the [opening] match?… I cannot confirm that. We are looking at millions of people who support the team. We have the best players here… Everyone has seen that the team does care. The players understand their responsibility," Mutko told journalists.

The 2018 FIFA World Cup kicked off on Thursday with the Russian national team thrashing Saudi Arabia 5-0. The tournament will continue until July 15, with a total of 64 matches set to be played at 12 stadiums across 11 Russian cities.