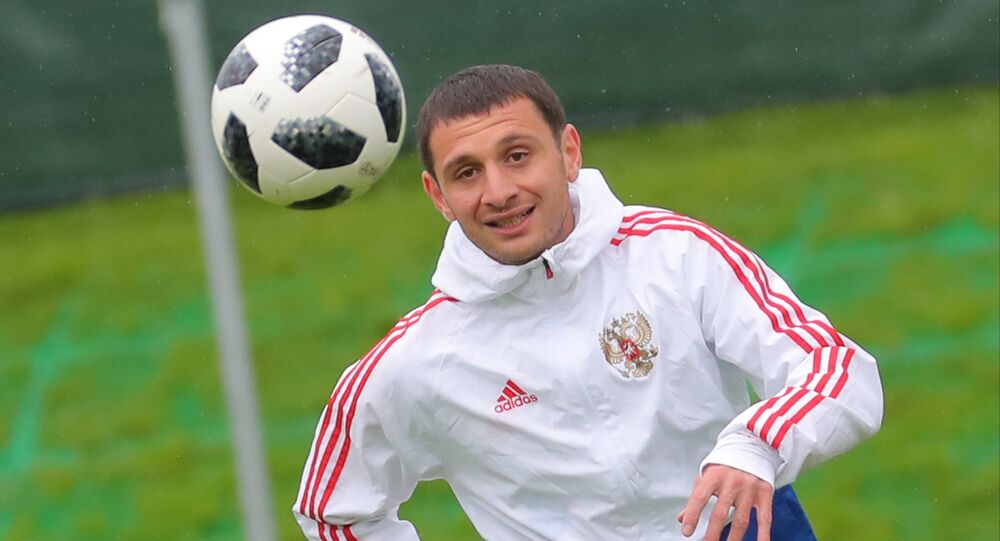 NOVOGORSK, June 17 (Sputnik) - Russia midfielder Alan Dzagoev, who is currently recovering from an injury, said on Sunday that he might play again at the FIFA World Cup but only if the national team reached the knockout stage.

The 28-year-old player sustained a hamstring injury in the first half of Russia's 5-0 victory over Saudi Arabia in the opening match of the World Cup on Thursday.

"It's hard to say how long the recovery will take… I hope to play again. God willing, we'll reach the knockout stage and maybe I will be able to play again. There is still a little hope, the doctors have said… I very much hope that I'll play again," Dzagoev told journalists.

The midfielder also said that it was hard for him to tell the reason for the injury since he had been training properly.

Earlier on Sunday, the team said that Dzagoev would not travel to St. Petersburg with the rest of the squad for Russia's next match against Egypt, which is set to take place on Tuesday.

The 2018 FIFA World Cup kicked off on Thursday and will continue until July 15.