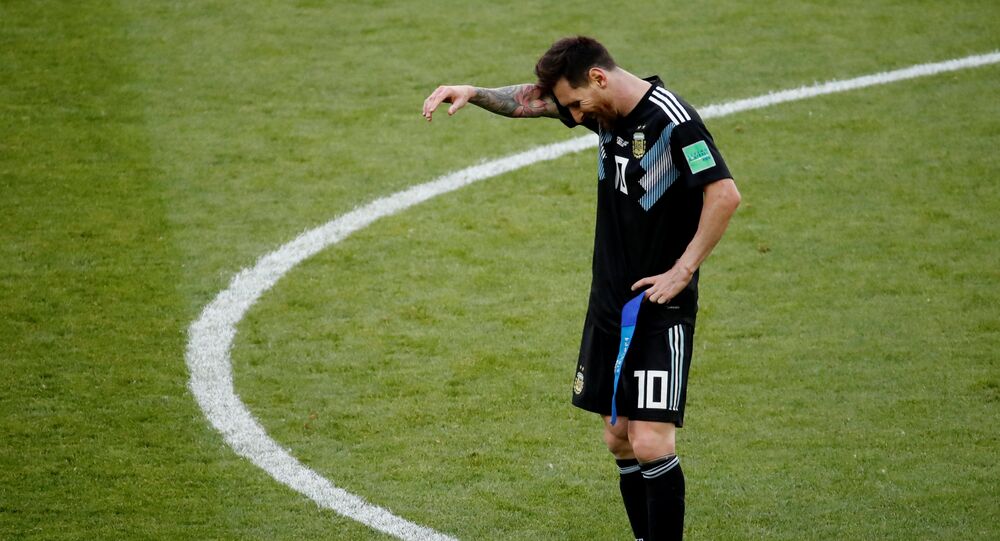 Twitter users have been enjoying themselves since Argentina and Iceland left the World Cup field in Moscow with a 1:1 draw. What put Messi fans into an abyss of hopelessness, gave others a Klondike of inspiration.

Iceland’s national team, which made headlines during the UEFA Euro 2016, impressed Twitter users with its defense, which bravely fought off star strikers Lionel Messi and Sergio Aguero.

Internet users were especially impressed by the Icelandic footballers, since many of them have ordinary jobs beside their football careers. Iceland goalkeeper Hannes Thor Halldorsson, who is a director in his spare time, was named the man of the match after making seven saves, including saving a penalty from Lionel Messi.

In case you don't know

The ICELAND goalkeeper that saved Messi's penalty is a Handball player and a Movie director in his spare time.Your Messi is just USELESS #ARGISL #WorldCup pic.twitter.com/qZAuKfYlXQ

Winter references about the nation, which prior to the UEFA Euro 2016 was known mostly for its Viking history and cold weather, couldn’t be avoided.

#ARGISL#WorldCup
Argentina 🇦🇷
"Iceland is just a tip of the iceberg "

Some admitted how they were wrong about Iceland, which qualified for the World Cup for the first time and is the smallest nation to achieve this feat.

The Iceland we thought was going to show up vs The Iceland that showed up. Vikings 💥 #ARGISL pic.twitter.com/bV2U5Qrca4

What fans saw today was #ARG heavily underestimate #ISL and play loosely thinking they are invincible just because they are a big team. Football is a humble game. Be humble and play hard. Hats off #ISL you defended good. #ARGISL #ArgentinavsIceland #WorldCup pic.twitter.com/oreXrWMEjD

One of the most notable Argentine fans, Diego Maradona, also got roasted by Twitter users for his emotional reactions.

Lionel Messi got the greatest roast of all times.

The Messi we see in Bacrelona

The GOAT we planned to see today vs the GOAT we saw
😂😂😂😂😂#Argentina #Worldcup #ARGISL #Messi pic.twitter.com/YvB9tJE7KW

His long-time rival, Portugal’s striker Cristiano Ronaldo, who scored a breaking hat-trick in a game against Spain, got his share after Messi’s failure.

Someone tell Ronaldo fans not to Embarrass themselves.
This same team held him to only 2 shots in 90 mins and none of them was on target.#WorldCup #ARGISL pic.twitter.com/Q5VFKLAgBe