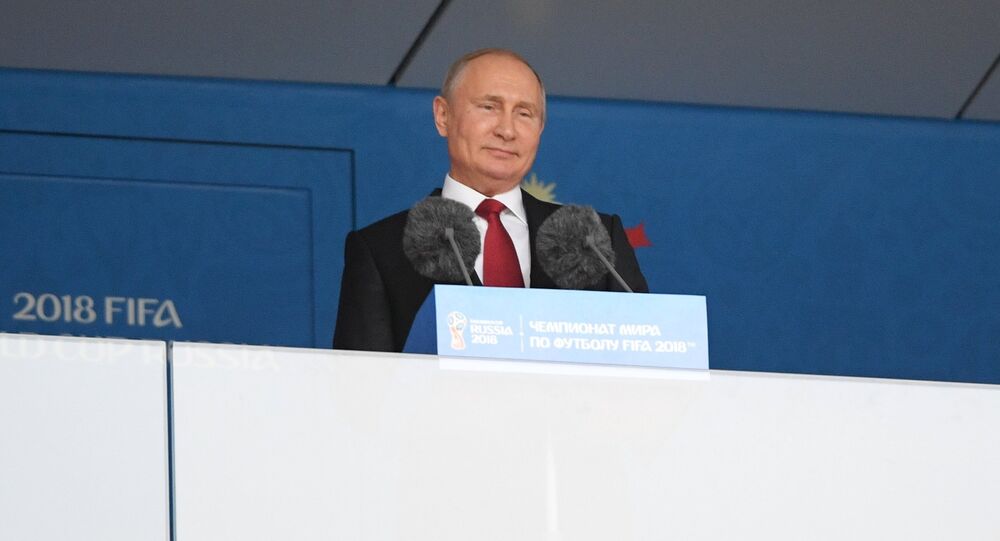 Despite his earlier claims that Britain might boycott the FIFA World Cup in Russia over the Skripal affair, UK Foreign Secretary Boris Johnson has announced that London never intended to employ such measures and rob the British fans and footballers alike of the opportunity to take part in the tournament.

He claimed that London’s "dispute is solely with the current administration of the Kremlin", and that the British government has "no quarrel with Russia, or the Russian people."

Johnson further insisted that there was "nothing but friendship and admiration" between the Britons and Russians, which allowed them to work together "irrespective of politics" on sensible precautions ahead of and during the World Cup. The politician cited cooperation between the countries’ police forces and the fact that the UK Consulate in St. Petersburg was allowed to stay open until after the World Cup, despite Russia’s previous order to close the mission.

The foreign secretary added that while "Putin's Russia" had won the right to host the World Cup, the event "does not belong to the Kremlin," but to football fans everywhere in the world.

© Sputnik / Alexander Vilf
Sexy WAG Campaigns for Russian Women Not Having Sex With Foreigners at World Cup
He also expressed hope that the Russian authorities would deliver on their promise of a safe World Cup, pointing out that their prestige was at stake.

Earlier in March, Johnson mentioned the probability of boycotting the football championship over the alleged poisoning of former Russian spy Sergei Skripal and his daughter Yulia who eventually managed to recover and were released from the hospital.

The British government blamed the incident, which reportedly occurred in the British city of Salisbury, on Moscow and expelled a large number of Russian diplomats from the country, with several European states and the US following suit.

UK Prime Minister Theresa May also said that neither UK ministers nor members of the royal family would attend this year's World Cup.

Russia's first-ever FIFA World Cup kicked off on Thursday and will continue through July 15, with a total of 64 matches set to be played at 12 stadiums across 11 Russian cities.