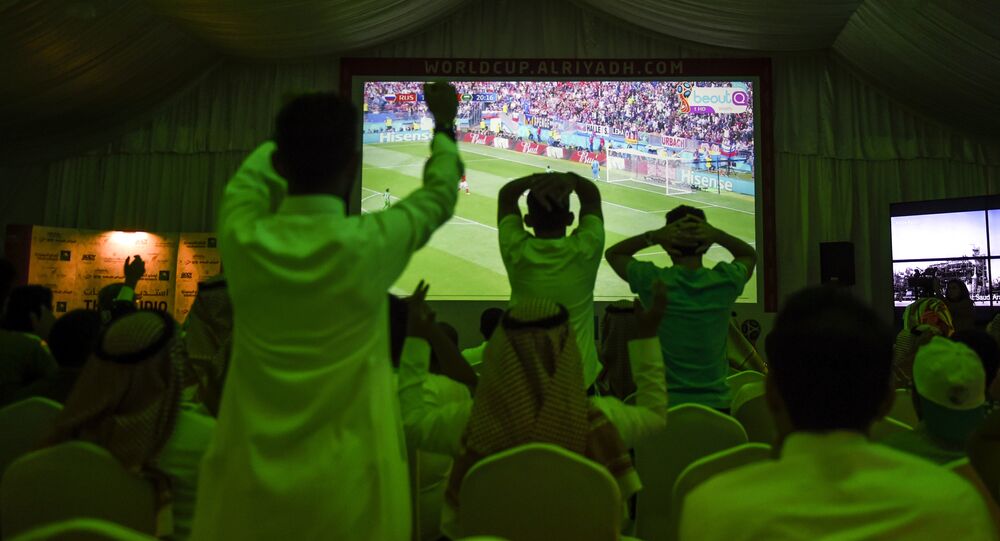 The Saudi Arabian Football Federation has refuted reports about possible reprimands which may await certain members of the kingdom’s national football team after the defeat at FIFA World Cup in Moscow.

The Saudi Arabian Football Federation has refuted reports about the kingdom’s Minister of Sports Turki al-Sheikh singling out certain players for an alleged disciplinary action, stating that such act would’ve humiliated some footballers in front of the others, and that the defeat displayed the skill level of the entire team.

The federation officials also commended the minister’s stance and his willingness to accept responsibility for the loss.

Earlier, al-Sheikh reportedly said that the Saudi national football team’s forward Mohammad al-Sahlawi, defender Osama Hawsawi and goalkeeper Abdullah al-Mayouf will be reprimanded due to the recent loss during the opening match of the FIFA World Cup.

The minister lamented that despite all the money and effort invested in the team, the Saudi footballers displayed but a fraction of their abilities during the June 14 game.

"We did everything we could for the team’s players: we have covered their expenses for three years, we hired the best coaching team and a world-class coach… This is the reality that we must accept, these are their abilities and capabilities," al-Sheikh said on his Twitter account.

© Sputnik / Alexei Druzhinin
Putin at World Cup Opening Ceremony: Football Unites All World in One Team
According to al-Sheikh, the kingdom should start training thousands of Saudi boys between the ages of 12 and 16 in order to eventually form a powerful national football team.

The 2018 FIFA World Cup kicked off on June 14 with a match between the Russian and Saudi teams, which the former won 5-0.