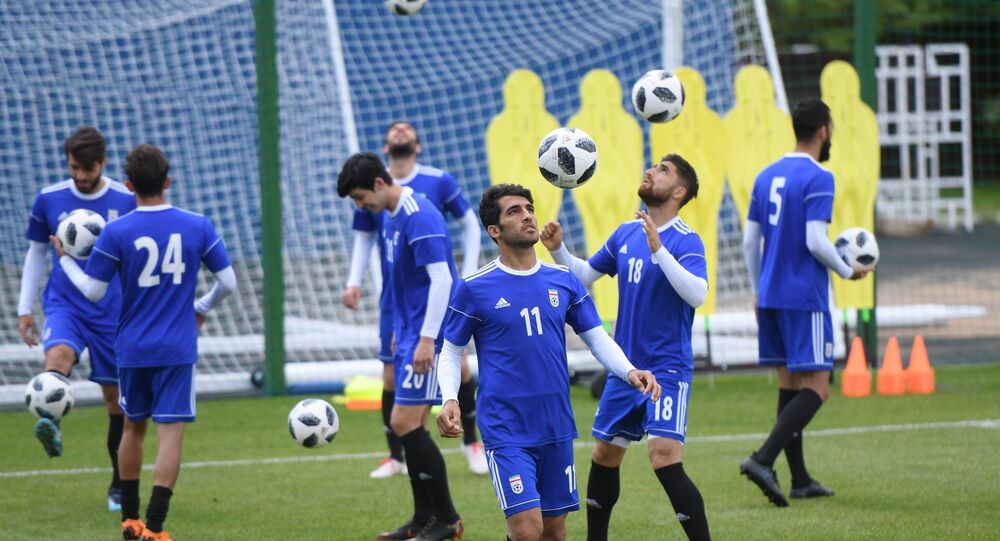 The Iranian football team was left last minute to figure out their footwear dilemma after the firm Nike said they could not supply the players with boots for the World Cup.

Iran’s football coach Carlos Queiroz has slammed Nike over the rejection of the firm to supply his team with footwear for the opening match against Morocco on Friday.

"US sanctions mean that, as a US company, Nike cannot provide shoes to players in the Iranian national team at this time," Nike said in a statement as quoted by ESPN. "Sanctions applicable to Nike have been in place for many years and are enforceable by law."

© Sputnik / Alexei Filippov
German Team Holds Training Session in Russia Ahead of FIFA World Cup (VIDEO)
The statement caused frustration in the Iranian Football Federation as the firm had previously supplied the Iranian team with boots despite the sanctions, like at the 2014 World Cup.

Queiroz told Sky Sports that in his opinion Nike’s comment was unnecessary as everybody is aware of the sanctions.

It was reported that the US Department of the Treasury, which is accountable for implementing financial sanctions on Iran, can charge a person who violates the sanctions with criminal penalties of up to $1 million and 20 years in prison, according to the Department's website.