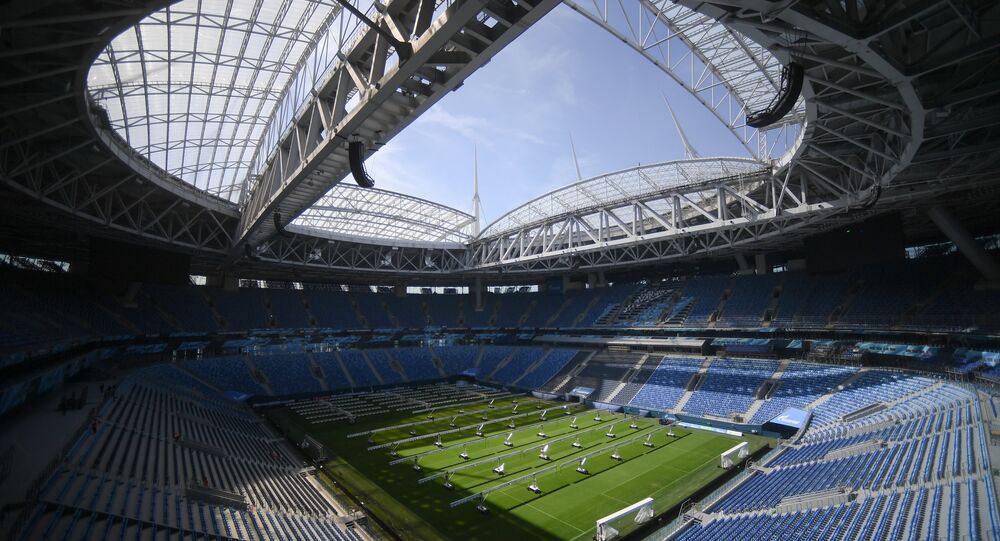 MOSCOW (Sputnik) - CEO of the Russia 2018 Local Organizing Committee Alexey Sorokin said on Wednesday that Russia was fully ready for the upcoming FIFA World Cup, which kicks off in Moscow on Thursday.

"Russia is ready to host this spectacular event… They [World Cup host stadiums] have a few traits in common: all of them are fully ready, they are World Cup compliant and they all are match tested, all of them hosted the appropriate number of club games," Sorokin said during the 68th FIFA Congress in Moscow.

© Sputnik / Alexander Vilf
FIFA Referees Committee Chairman Collina Hopes No Racism at 2018 World Cup
He went on saying that teams had always been a priority for the organizers in their work.

"By the end of day, we will have entire 32 teams at their new homes, the team base camps, which are also fully ready to accommodate them. We hope that they have an enjoyable stay, so far the feedback from teams is very good," Sorokin said.

Russia will host its first World Cup from June 14 to July 15, with the fixtures set to be played at 12 stadiums across 11 cities.