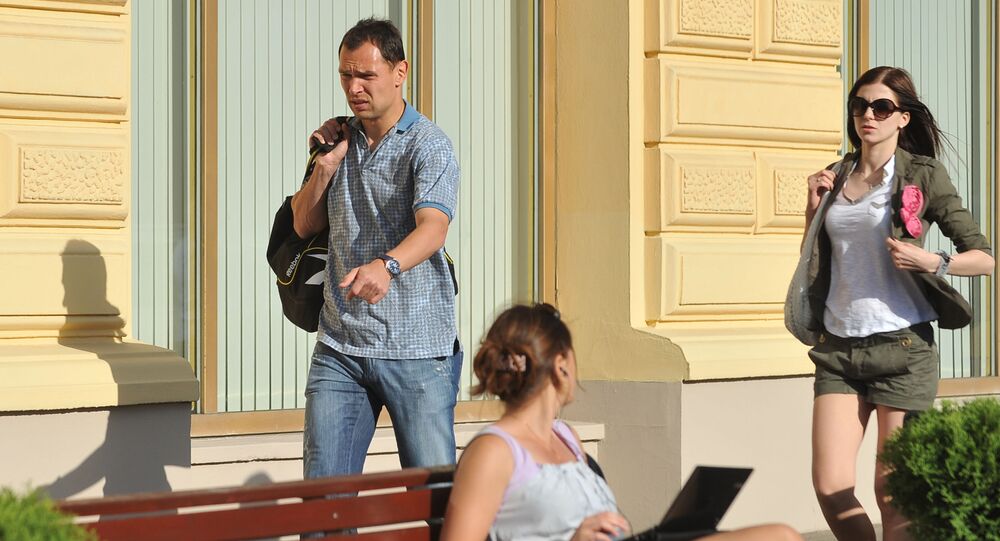 MOSCOW (Sputnik) - CSKA Moscow and Russia defender Sergei Ignashevich said that he never dreamed of playing at the World Cup and only his dedication to training hard allowed him to achieve it.

Sergei Ignashevich, who turns 39 in July, came out of international retirement in May to replace injured Rubin Kazan defender Ruslan Kambolov. He is Russia's most capped player, having made 122 appearances for his country since 2002.

"I didn't joke and didn't dream about it [the World Cup] in 2010, but trained and played. So this is what I got… We focus on our preparation only. We don't think about the World Cup and its role for our country," Ignashevich told journalists.

The CSKA Moscow and Russia defender said that he hopes Russia will be in the best possible shape for their first World Cup match.

"We trained for ten days before the match against Austria to improve physical condition. We felt better in the match against Turkey… I hope that we will be in the best possible shape in our first [World Cup] match," Ignashevich told journalists.

He added that international friendlies give sides the chance to practice playing styles and combinations, but the main team's task is to train as much as possible.

Russia is currently preparing for their first World Cup match against Saudi Arabia on June 14 at their base camp in the town of Novogorsk, just outside Moscow.

The 2018 FIFA World Cup will be held between June 14 and July 15 at 12 stadiums across 11 Russian cities. After taking on Saudi Arabia in the opening match, Russia will play Egypt in St. Petersburg on June 19 and finish their group campaign against Uruguay in Samara on June 25.