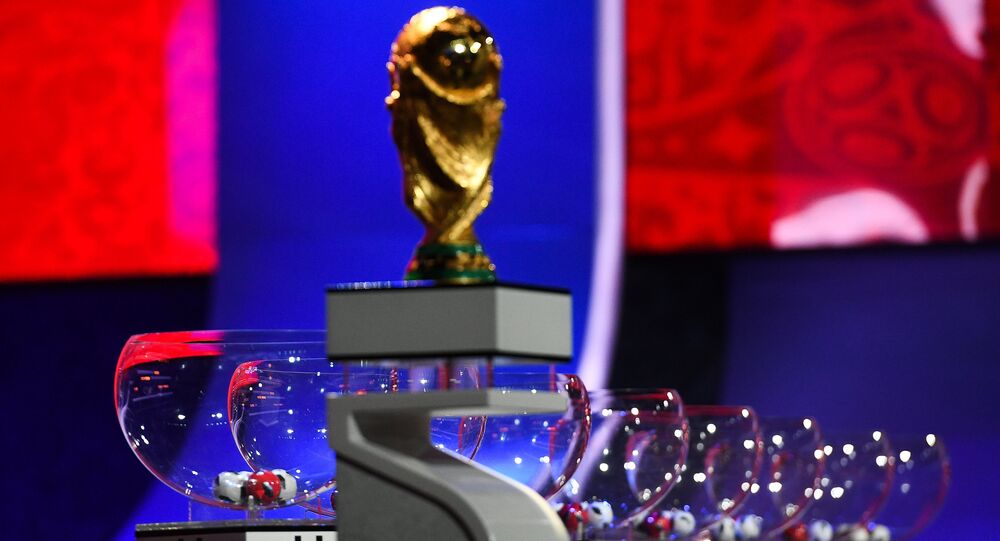 Football fans that are planning to attend the 2018 World Cup games in Russia will be able to enter the country through neighboring Belarus thanks to a temporary visa-free travel treaty for foreigners signed by the Russian and Belarusian foreign ministers.

Moscow and Minsk have been allies for decades. The Union State of Russia and Belarus was formed in 1996, allowing the two countries to establish a common cultural, economic, political and military environment. But some issues, like border restrictions, are still being worked on.

Even though the formal border between the two countries was established in the early 1990s, in reality it hasn’t existed since 2011: most checkpoints have been closed and formalities for citizens of the two countries have been abolished. But, when it comes to foreign tourism, there is still one tricky issue: while Belarus has recently allowed a 5-day visa-free stay for citizens of 80 countries, including the US and European states, Russia hasn’t done so.

© Sputnik / Vladimir Astapkovich
'Horror Story': UK Media Scaremongers on Russian Cities 'Hiding' Ugly Sights Ahead of FIFA-2018
Theoretically, it’s possible for foreigners to travel from Minsk to Moscow by car, bypassing border checkpoints, but it is illegal according to Russian law, and will be considered a criminal offense, resulting in a travel ban and fines.

However, those who decide to visit Belarus and Russia during the 2018 World Cup will have no visa problems whatsoever. Russian Foreign Minister Sergei Lavrov met with Belarusian officials to sign a temporary agreement on visa-free travel for foreigners.

The new treaty allows a “two for the price of one” visa mode, which lets all foreigners carrying FIFA Fan IDs and a passport arrive in Minsk and then travel to Moscow or the other 9 World Cup host cities in Russia. This year’s part of the treaty will be in effect from June 4th to July 25th.

Basically, If you're planning to attend FIFA World Cup 2018, you need: airline+game tickets, Fan ID (electronic one permits single entry, hardcopy-multiple entries), and your passport. You can enter Russia directly, or via Belarus, arriving 10d prior to game, leaving 10d after.

Minsk will also profit from the treaty. In summer of 2019, Belarus will be hosting the 2nd European Games, with teams and athletes from 50 countries competing in 15 disciplines. Foreign fans attending the event will also be allowed to visit both Belarus and Russia without a visa.