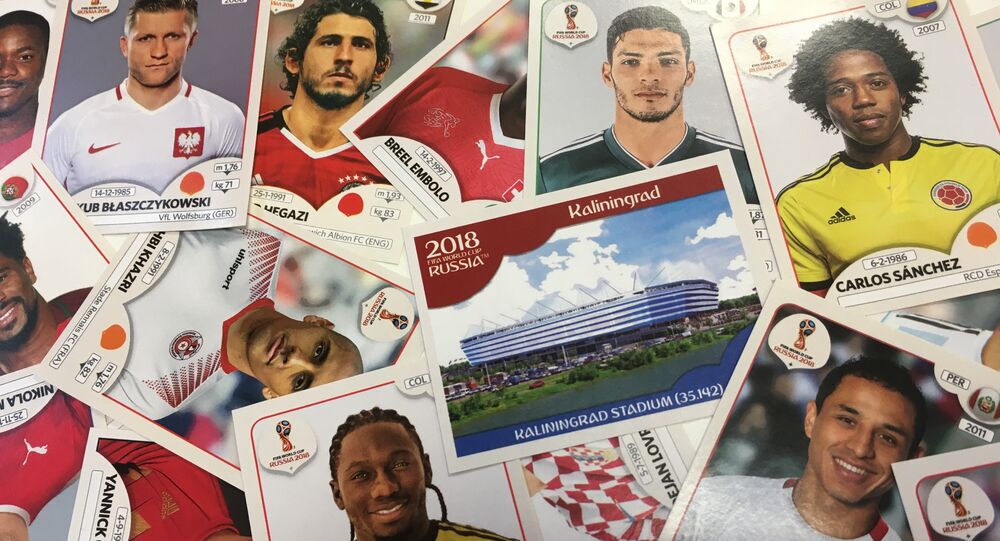 England manager Gareth Southgate has named Ruben Loftus-Cheek and Trent Alexander-Arnold in the squad for next month's World Cup in Russia. Sputnik looks at some of the other unheralded players heading for Russia, might end up becoming big name stars.

Every World Cup sees new stars emerge on the global stage and this year will be no different.

In 1990 few had heard of Salvatore "Toto" Schillaci, a Sicilian striker who had only just joined Juventus from tiny Messina.

He was as surprised as anyone else to get a call-up for Italy but he scored six goals, winning the coveted Golden Boot.

So who could be this year's Toto?

England Fans Getting The News That Joe Hart Is Not Going To The World Cup In Russia https://t.co/abO3Unlczn

England start their Group G campaign against Tunisia on 18 June, before games against Panama on 24 June and Belgium on 28 June.

When Gareth Southgate announced the squad on Wednesday, May 16, the surprise inclusion was Ruben Loftus-Cheek, who played for Crystal Palace this season on loan from Chelsea.

"His shielding, covering, deep-playmaking presence with a calmness in possession and a naturally telescopic reach" he would be a good fit for the senior England national team," said Ronay…after Loftus-Cheek made his debut for Chelsea in 2014. ​

For the nation, by the nation. The #ThreeLions’ official @FIFAWorldCup squad announcement. pic.twitter.com/YecUWPUZfJ

The 20-year-old has just broken into the Nice team in France's Championnat and a good performance against England in Tunisia's opening game on June 18 could have the scouts flocking to sign him up.

He began his career in Tunis with Club Africain but was soon spotted and signed up by Nice.

Srarfi has an uncanny ability to dazzle on the right wing, then cut into the center and create opportunities for himself and others.

England's defense needs to keep tabs on him if they are not to avoid an embarrassing result in Volgograd.

At 28 he might be peaking quite late in his career, but then Panama have never played in a World Cup before so few football fans outside of Central America have never seen the resplendently named striker before.

El Toro (The Bull) has spent most of time playing club football in Panama and Guatemala and his only spell in Europe came not in the Premier League, La Liga or Serie A but in the far less glamorous Slovakian league where his team, FK Senica, had a stadium with a capacity of only 5,000.

But Blackburn has scored goals everywhere he has gone, although he has been ironically less prolific with the national team, scoring only four in 26 appearances.

If he is picked for the game against England on June 24 it is just possible he might pick his moment to write his name up in lights.

It might therefore be difficult for 20-year-old Youri Tielemans to break into the team.

But if he does get the chance, expect the Monaco midfielder to shine.

He grew up just outside Brussels and signed for Belgium's biggest club, Anderlecht, playing 139 times in the famous mauve shirts before a 25 million euro (US$29 million) move to Monte Carlo.

Monaco are a football factory when it comes to producing top players and Tielemans could be the latest off the production line.

The CSKA Moscow midfielder is known as The Boy From Beslan, because his hometown in North Ossetia was made tragically infamous by the school siege and massacre in 2004.

He was 14 at the time but his parents were spared the grief of others because it was not his school that came under attack by Islamist fanatics.

Dzagoev burst onto the season as an 18-year-old in 2008, after graduating from the famous Konoplyov football academy in Togliatti.

He has spent the last eight years at CSKA and has become a regular in the national team, notably scoring two goals in the opening game of Russia's Euro 2012 campaign against the Czech Republic.

But he has yet to have that "flashover" moment of becoming a superstar.

The World Cup in his home country is perhaps his final chance. Will he take it?

Germany are the World Cup holders after a spectacular tournament in Brazil, where they destroyed the hosts 7-1 in the semi-final and then overcame Argentina.

Their squad has established stars like Toni Kroos, Mesut Ozil, Thomas Muller and Sami Khedira but one name who has come on the scene in the last four years is set to have a great tournament in Russia.

Leon Goretzka has just moved from Schalke 04 to Germany's biggest club, Bayern Munch, but he started out at VfL Bochum.

"I have never seen an 18 year old football who had the potential Goretzka had," said his head coach at Bochum, Peter Neururer.

Now Goretzka is 23 and Russia comes at the perfect time for him. He is tall and athletic but above all has superb ball control and an ability to pick out the perfect pass while under pressure.

While Egypt's star player is undoubtedly striker Mo Salah — who will be aiming to win the Champions League final against Real Madrid later this month with Liverpool — there is a shining light in the firmament.

Mahmoud Hassan — whose nickname derives from his love of the former Real Madrid and France striker David Trezeguet — is currently plying his trade in Turkey.

He has scored 12 goals with three assists for Kasimpasa while on loan from Anderlecht and he will no doubt see the World Cup as a shop window in which he can advertise his talents further afield.

The giants of Turkish football, Galatasaray, are said to be monitoring him but they could be joined by some top English, Spanish and Italian teams if his silky skills on the wing catch the eye.

Denmark have had some great strikers over the years — the Laudrup brothers, Preben Elkjaer, Fleming Poulsen and Alan Simonsen.

Whether Kenneth Zohore will ever be mentioned in the same breath as those great Danes, is unsure.

But for the player, whose team Cardiff has just been promoted to the English Premier League, it would cap a memorable year.

Zohore's career has stuttered over the years and there have been doubts about his attitude but few about his talent.

He has scored 21 goals for Cardiff, including a spectacular solo goal against Preston.

But stepping up to World Cup level is another matter.

Every tournament sees a wonder save or too, or sometimes an out-of-this-world performance from a goalkeeper who keeps out everything that is thrown at him.

Put your money on that keeper being Australia's Mat Ryan.

He had a fantastic season — his first in the English Premier League — with newly promoted Brighton and helped keep them up with several "worldies."

If he is the last line of defense for Australia he could find himself equally busy.

Make no mistake, this kid is wild.

He has been accused of walking away from a car accident caused while he was drink driving, fighting in hotels and in a shanty town in the early hours of the morning, and also attacking his former girlfriend.

But on the pitch his talent is so great that Italian legend Roberto Baggio sees in him as a player capable of following in his footsteps.

"My heir? I like Centurion a lot," he said in a recent interview.

The striker found himself out of favor at Manchester City when Pep Guardiola arrived and was sold to Leicester City.

But he remains a phenomenal player as he showed with a fantastic goal against Tottenham in the last game of the season on Sunday, May 13.

Iheanacho, who was born 21 years ago in southern Nigeria's Imo state, has scored eight goals in 14 appearances and will be relishing the chance to score his first World Cup goal.