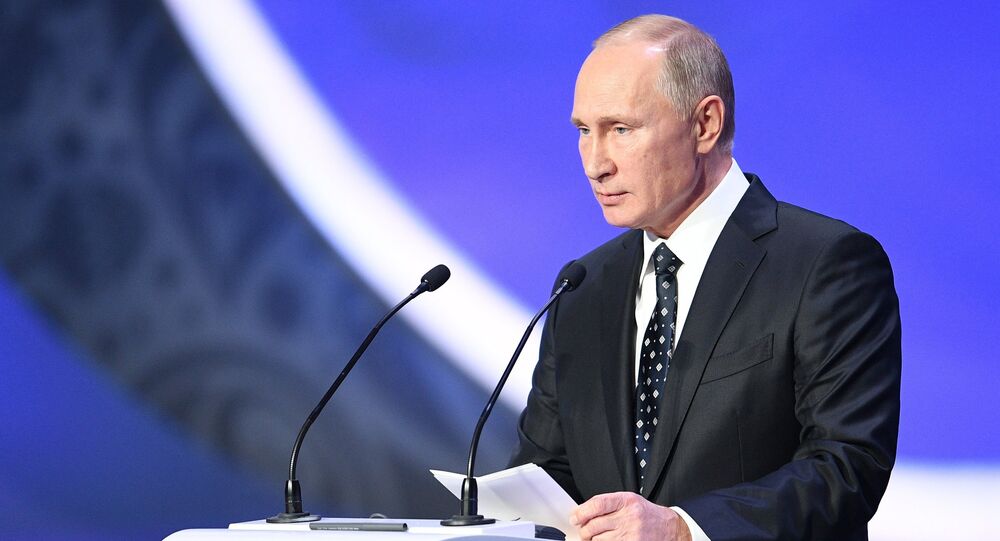 "I can tell you for certain that the president will attend the opening of the World Cup. This will be a match between the teams from Russia and Saudi Arabia," Peskov told reporters.

He added that whether the president would attend other World Cup matches depended "on how things will go."

© Sputnik / Ilya Pitalev
Preparations for Football World Cup in Russia Almost Complete - Putin (VIDEO)
The match between Russia and Saudi Arabia will kick off at Moscow's Luzhniki Stadium on June 14 at 18:00 local time (15:00 GMT).  The teams will be playing in Group A, where they will also face Egypt and Uruguay.

Earlier CEO of the Local Organizing Committee Alexey Sorokin announced, that total of 89% of tickets for matches of this summer's FIFA World Cup had already been sold.

Let's Get This Party Started: Which Country Has the Best World Cup Fans?