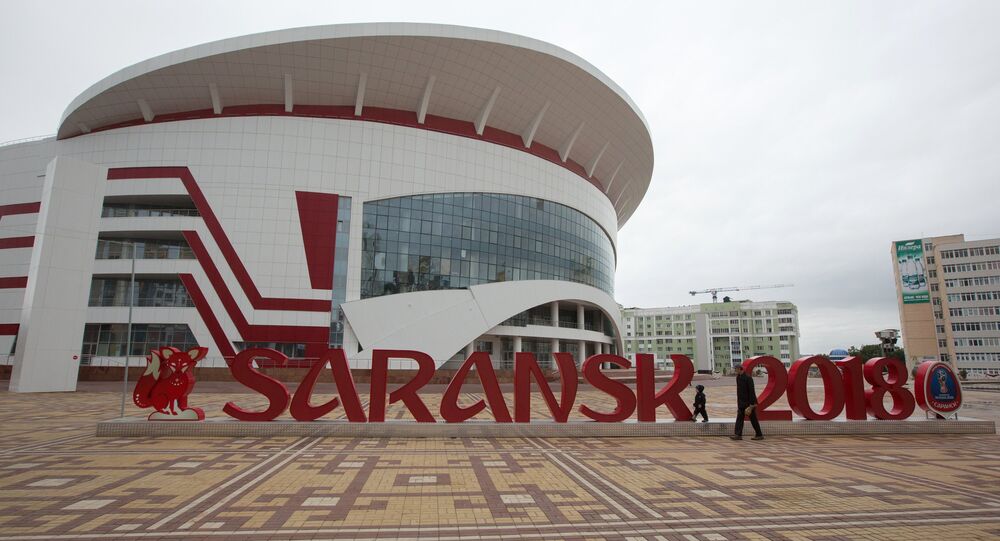 MOSCOW (Sputnik) – Iceland's citizens are showing great interest for the 2018 FIFA World Cup that will be held in Russia this summer, with 20 percent of the country’s population having sent requests for tickets, Iceland’s Ambassador to Russia Berglind Asgeirsdottir said on Wednesday.

"Iceland has qualified for the World Cup for the first time in its history. We are cooperating with the Russian authorities very closely and asking many questions. Just think about it: about 20 percent of Iceland’s citizens sent requests to get tickets for the World Cup! That is an indication of a great interest. We are proud to be a participant [of the tournament] representing the least populated country in the history of World Cups," the ambassador said.

Iceland's national team is the winner of UEFA qualification Group I, in which it has beaten Croatia, Ukraine, Turkey, Finland, and Kosovo. During the World Cup, Iceland will play in group D against Argentina, Croatia, and Nigeria.