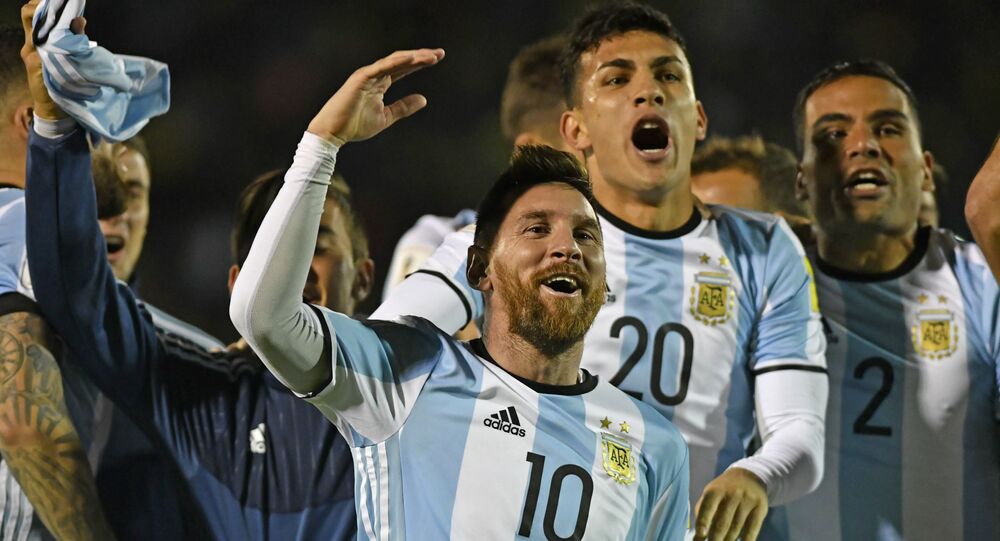 Soccer fans from Argentina were jubilant following their win but there was heartbreak for Ecuador, after Lionel Messi put three goals past them, driving his team to next year's World Cup finals in Russia.

Association Football (Soccer) fans are singing the praises of football superstar Lionel Messi after he drove his team to the World Cup finals in Russia with a hat-trick in Tuesday's qualifying game in Quito, Ecuador.

​Ecuador were first to open the scoring after just 38 seconds through winger Renato Ibarro, but Barcelona's Messi led an inspired fight back.

When you doubt Lionel Messi 😂 pic.twitter.com/m0UfdC4zbR

​His performance reignited a perennial debate about who is the better footballer, the Barcelona player or his Real Madrid rival Cristiano Ronaldo.

CR7 is not better than Messi, only a fool will tell u that.

To End The Messi vs Ronaldo debate, As a manager which would you rather have in your team?
RT for Messi
Like For Ronaldo pic.twitter.com/g0pbH3UfdN

​Argentina coach Jorge Sampaoli was in no doubt, describing his talisman as the world's best footballer.

​"Luckily the nationality of the best player in the world is Argentinian," Sampaoli said.

​"We must be sure everything does not depend on Leo [Messi] but today he brought his great ability."

He played 10 out of 18 games. pic.twitter.com/zhTIIypbxN

It's Lionel Messi's world & we're all living in it. 🐐 pic.twitter.com/1vdzyZqtjD

Messi is no longer in the debate for best footballer of all time, he's now fighting for his status as the greatest sportsman ever.

​Messi's super performance ensured that Argentina qualified automatically despite a slow start to their qualifying campaign. Their previous coach Edgardo Bauza was fired in April when their team was in fifth place.

The South American qualifying competition has ended with Brazil, Colombia and Uruguay also assured of playing in Russia, while Peru must win a play-off game against New Zealand.

In the neighboring Concacaf qualifying group, USA fans were disappointed after their team failed to qualify for the World Cup for the first time since 1986.

​They suffered a 2:1 defeat to Trinidad and Tobago, who nevertheless also failed to qualify. Costa Rica, Mexico and Panama are sure to be at the tournament next year, while Honduras faces a play-off against Australia.