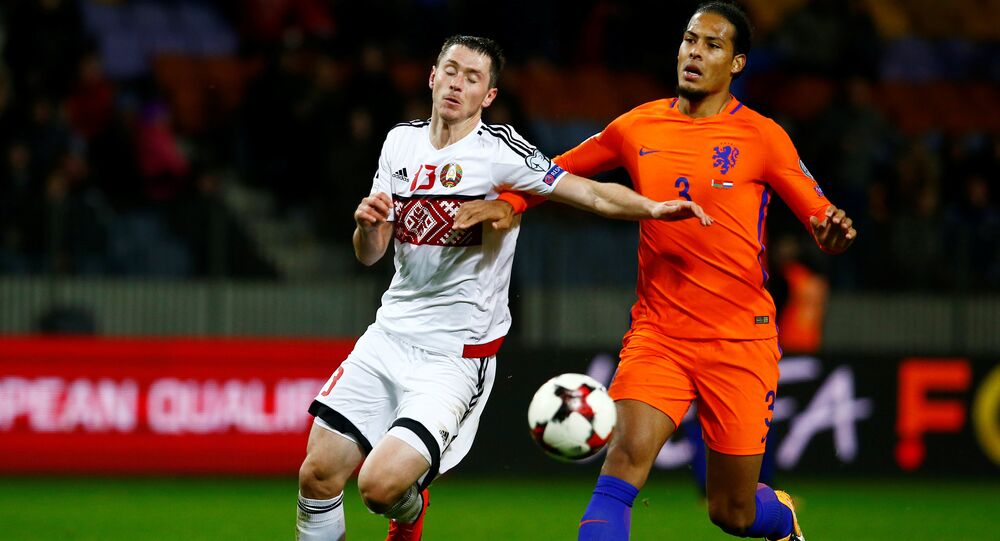 Nigeria, Poland, Egypt and Costa Rica have qualified for the World Cup in Russia over, but Scotland will not be there and it looks highly unlikely Holland - finalists three times - will make it unless they can pull off a miraculous result in their final match.

The Netherlands, who have appeared in the final three times, look like missing out on the World Cup in Russia next year.

The Dutch team needs to beat Sweden by seven goals in their final game on Tuesday, October 10.

Their manager, Dick Advocaat, was left red-faced after comments he made before Sweden played Luxembourg.

"They won't win 8-0. What a stupid question! I don't believe that," Advocaat told journalists earlier.

That means their goal difference is 12 better than the Dutch, meaning they can only be overhauled by losing by seven goals.

Several more teams qualified for next year's tournament after results at the weekend, including Poland, Nigeria, Egypt, and Costa Rica.

But several of the big guns are in danger of missing out.

Italy and Portugal will have to be content with play-off places.

SUPER EAGLES! Nigeria is the 1st team from Africa to qualify for the World Cup.

Alex Iwobi the hero in the clinching 1-0 win over Zambia. pic.twitter.com/PIHC4mTlGo

The United State are back in contention after a 4-0 victory over Panama on Friday night, October 6.

© AP Photo / Victor R. Caivano
England and Germany Make It to World Cup in Russia, but Argentina Are Struggling
They will qualify if they win in Trinidad on Wednesday, October 11.

The winner of Tuesday night's game, October 9, between Wales and the Republic of could still win the group and qualify but Serbia remain the favorites to go through from that group.

Scotland crashing out of the World Cup qualifiers like pic.twitter.com/YECNXWomiE

The Ulstermen have only played in the World Cup once before, in 1958, although they acquitted themselves well in last year's European Championships.

The draw for Europe's play-off games take place on October 17 and among those clubs who might face each other are Denmark, Greece, Croatia and Slovakia.

Drama Ahead in South America

Uruguay are almost certain to qualify after Tuesday's final matches in the South American section but who will join them is completely up in the air.

Can Messi stand up to the pressure of Argentina? pic.twitter.com/8Ne7AAt10I

Lionel Messi's Argentina, having struggled to a goalless draw with Peru last week, have to win in Ecuador and hope Chile, Peru and Colombia all fail to win.

Argentina's best hope is probably to finish fifth and take their chances in a two-legged play-off match with New Zealand.

Tunisia look almost certain to qualify from one of the African groups and could be joined by Senegal and Morocco, who are still bidding to host the 2026 World Cup.