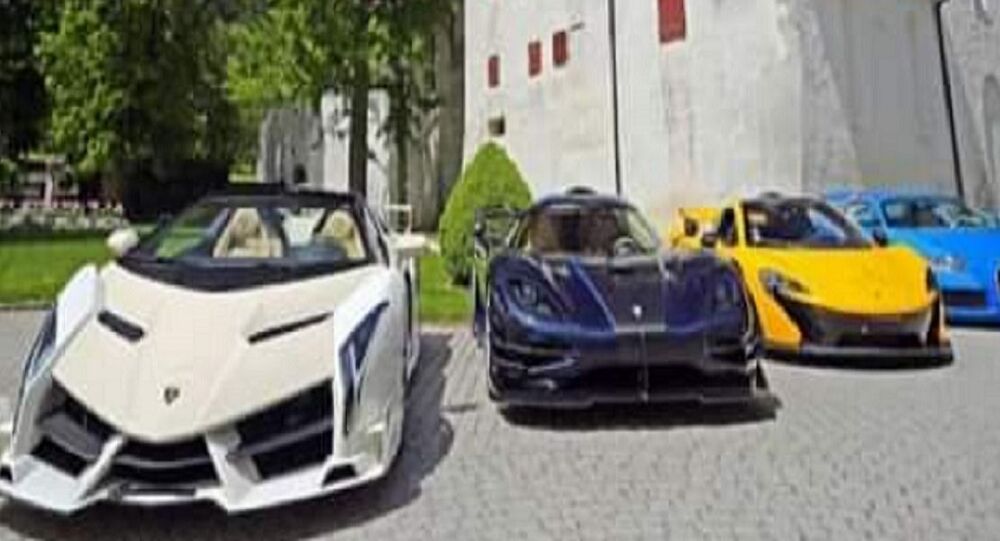 The Equatorial Guinea - which was ruled by Spain between 1788 and 1968 - is a tiny oil-rich nation in central Africa. Its first ruler was overthrown by his nephew, Teodoro Obiang Nguema, in 1979 and he has ruled ever since.

Britain’s Foreign Secretary Dominic Raab has imposed sanctions on five foreign dignitaries, including the playboy son of Equatorial Guinea’s president who has amassed a fleet of luxury cars.

Teodoro Obiang Mangue, 53, also famously spent US$275,000 on a jewel-encrusted glove which pop star Michael Jackson wore on his Bad tour in 1988.

Mr Raab said: "The action we have taken today targets individuals who have lined their own pockets at the expense of their citizens. The UK is committed to fighting the blight of corruption and holding those responsible for its corrosive effect to account. Corruption drains the wealth of poorer nations, keeps their people trapped in poverty and poisons the well of democracy."

Obiang Mangue’s father, 79-year-old Teodoro Obiang Nguema, is Equatorial Guinea’s president and the son is seen as his heir apparent.

U.K. Govt sanctions Teodoro Obiang Mangue, VP of Equatorial Guinea, and son of the President, for ‘involvement in misappropriation of state funds, corrupt contracting arrangements and soliciting bribes to fund a lavish lifestyle inconsistent with his salary as a govt minister’ pic.twitter.com/n6MVQ9WhX3

​In a statement on their website the Foreign Office said Obiang Mangue was involved in "corrupt contracting arrangements and soliciting bribes, to fund a lavish lifestyle inconsistent with his official salary as a government minister."

In 2004 a group of mercenaries, led by former British Army officer Simon Mann, were caught in Zimbabwe en route to Equatorial Guinea where they were plotting a coup to oust Obiang Nguema and replace him with Severo Moto, a politician who lives in exile in Madrid.

UK takes action against Teodoro Obiang Mangue of Equatorial Guinea and others for corruption. Past time. Looks like this issue is moving up the ladder as a new administration in Washington and its allies targets kleptocrats. https://t.co/D3I8Ds1iCe

​Obiang Nguema reportedly bought a US$100 million mansion in Paris, a US$38 million private jet, a yacht and a fleet of Ferraris, Bentleys and Aston Martins.

The four others who face sanctions are Alex Nain Saab Morán and Alvaro Enrique Pulido Vargas from Venezuela, Kudakwashe Regimond Tagwirei from Zimbabwe and Nawfal Hammadi Al-Sultan from Iraq.

Al-Sultan is Governor of Nineveh province and it is claimed he “misappropriated public funds intended for reconstruction efforts” following the overthrow of President Saddam Hussein.

Al-Sultan is in jail in Iraq for corruption offences, including embezzling US$3.45 million from a fictional public works programme.

​Tagwirei, an associate of President Emmerson Mnangagwa, made a fortune from currency speculation which “increased the price of essentials, such as food, for Zimbabwean citizens.”

They hate the methods used to amass wealth by corrupt and politically connected people like Kuda Tagwirei!

You should not criminalize media for demanding accountability.

Government contracts must be transparent because it is public money. pic.twitter.com/9wpkD86oTw

The two Venezuelans are accused of exploiting government programmes set up to help feed and house the country’s poor and inflated contracts to make themselves rich.