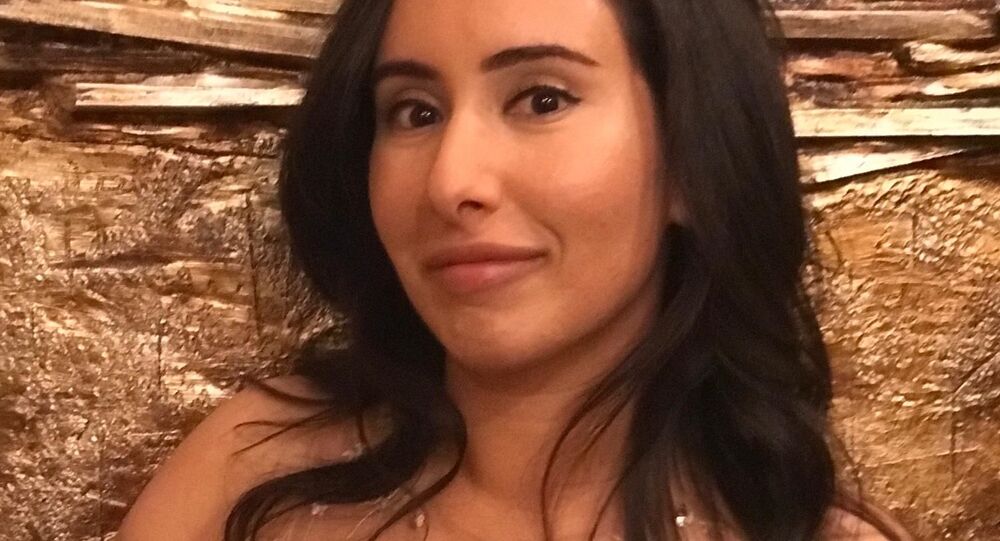 Last Sunday, several prominent media outlets and rights groups released a report that revealed how an Israeli cyber company's spyware programme had been used to hack the phone numbers of journalists, rights activists, and even political leaders across the world.

Two Dubai princesses – Latifa and Haya - have been named as targets of the Pegasus malware attack in a report released by Amnesty International, The Washington Post, and a number of other rights groups and media outlets.

According to investigators, Princess Latifa, the daughter of the ruler of Dubai, and Princess Haya, his former wife, were among 50,000 "people of interest" who may have been targeted by the Israeli cyber security firm NSO Group's Pegasus programme.

© AP Photo / Martin Dokoupil
Princess Haya bint al-Hussein, the wife of the Prime Minister of the UAE and Ruler of Dubai, waits for United Nations Secretary-General Ban Ki-moon to arrive for a press conference ahead of the launch of the UN’s report on humanitarian financing in Dubai, United Arab Emirates, Sunday, Jan 17, 2016

"NSO Group's Pegasus spyware potentially helped to strip Princess Latifa of her freedom – it may have given her captors the tools they needed to hack her phone and track her down. It may also have been used to target Princess Haya and many of her associates, after she spoke out in support of Princess Latifa", Rahim argued.

He claimed the alleged hacking of the Dubai princesses' phones "proves once again that Pegasus is the spyware of choice for human rights abusers", adding, "the damning revelations of the Pegasus Project underscore the urgent need for strong regulation to rein in an unchecked surveillance industry".

Princess Latifa bint Mohammed al-Maktoum was recaptured by commandos on a yacht off the coast of India after she fled from Dubai with Tiina Jauhiainen, a fitness instructor she had become friends with, on 24 February 2018. Princess Haya bint al-Hussein fled to London in 2019 after an alleged affair with a bodyguard. She refused to return to the UAE and won a case at the High Court in London in 2020 following her fight with Sheikh Mohammed for custody of their children.

On Wednesday, French Prime Minister Jean Castex told the broadcaster TF1 that President Emmanuel Macron had called for a series of probes into the Israeli spyware case in the wake of reports that the French president's smartphone had been identified as a possible target of the Pegasus malware.

Le Monde earlier reported that Moroccan intelligence services may have spied on Macron's phones with the help of Pegasus spyware in 2019.

© AP Photo / Sue Ogrocki
'Bald-Faced Lie': Snowden Confident That Even Biden's Phone Could be Hacked by Pegasus Spyware
According to the news outlet, the phone numbers of the president, as well as then-Prime Minister Edouard Philippe and 14 other ministers, had been chosen for possible surveillance with the aforementioned software.

The reports came after an investigation by The Washington Post and 16 other media outlets and rights groups claimed that the Pegasus software, developed by the NSO Group and used by government agencies to track criminals and terrorists, was ostensibly deployed by state services to hack the private phones of a dozen world leaders as well as eminent rights activists, journalists, and opposition figures across the globe. In all, about 50,000 phone numbers may have been hacked, according to the probe.

NSO Group has, in turn, dismissed the accusations as "uncorroborated theories", while also casting doubt on the trustworthiness of the investigation's sources.