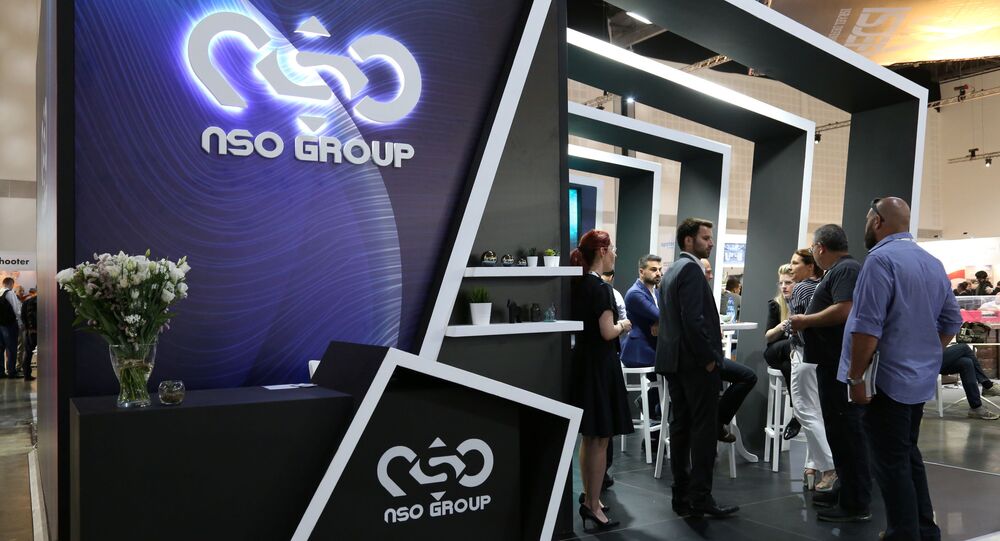 Alarms were recently raised after a leaked list contained tens of thousands of phone numbers belonging to politicians, activists and journalists who were potentially targeted for surveillance by Israel's NSO Group, which developed the Pegasus spyware software licensed out to government agencies.

The Israeli NSO Group pushed back against the growing crowd of critics on Wednesday and firmly rejected any claims that it engaged in surveillance, underscoring that such allegations are being spread as part of a “slanderous campaign.”

The company’s statement came as media outlets and the human rights group Amnesty International recently revealed new findings that indicated governments around the globe were tapping the NSO Group’s Pegasus spyware to spy on journalists and world leaders.

Pegasus has the ability to hack into cell phones, read text messages, track one’s location and even tap into the phone’s camera and microphone without users suspecting any nefarious actions.

The tech firm stated in its Wednesday remarks that it had had enough of questions from media outlets inquiring about its Pegasus spyware software and the leaked list that contained the phone numbers of some 50,000 prominent individuals, including French President Emmanuel Macron, South African President Cyril Ramaphosa and Morocco’s King Mohammed VI, among other figures.

“Enough is Enough! In light of the recent planned and well-orchestrated media campaign lead by Forbidden Stories and pushed by special interest groups, and due to the complete disregard of the facts, NSO is announcing it will no longer be responding to media inquiries on this matter and it will not play along with the vicious and slanderous campaign,” the company stated.

© REUTERS / HANNIBAL HANSCHKE
A man reads at a stand of the NSO Group Technologies, an Israeli technology firm known for its Pegasus spyware enabling the remote surveillance of smartphones, at the annual European Police Congress in Berlin, Germany, February 4, 2020.

The statement further noted that despite the media storm enveloping the company, the Israeli firm will continue “its mission of saving lives” and “helping governments around the world prevent terror attacks,” among other efforts to combat trafficking and aid in emergency situations.

“NSO will thoroughly investigate any credible proof of misuse of its technologies, as we always had, and will shut down the system where necessary,” the release underscored.

Israeli Defense Minister Benny Gantz previously remarked on Tuesday that while the Israeli government approves the “export of cyber products only to governments and only for legal use,” the exchange is only greenlighted if it meets certain terms.

Amid growing concerns of the alleged misuse of the Pegasus software, Israeli sources have indicated that Israel will be launching a task force in order to examine the validity of the allegations.

Citing sources, Reuters reported Wednesday that the task force could either be headed by the state’s National Security Council, which answers directly to Israeli Prime Minister Naftali Bennett, or by senior defense and intelligence officials.

Earlier reports suggested the effort would also see the participation of Israel’s Mossad intelligence agency or justice and foreign ministries.

Aside from heads of state, the list contained the names of some 65 business executives, 85 activists and over 180 journalists across 20 countries, some of which include Morocco, Egypt, Spain, the UK and the United Arab Emirates. The total number of politicians and government officials linked to the leaked list range in the several hundreds.

Although Chaim Gelfand, the chief compliance officer at NSO, told the Israeli i24 News outlet that Macron was “not a target” of any operations, the official did go on to suggest that investigators have come across “some cases” that have raised flags. However, he did not provide additional details on the matter.

Gelfand’s revelations followed weekend statements issued by Shalev Hulio, the chief executive and co-founder of NSO, who told the Washington Post that the list had no relevance to the tech firm.

Where’s the Rage for Israel and NSO’s Pegasus the West Had for China’s Huawei?