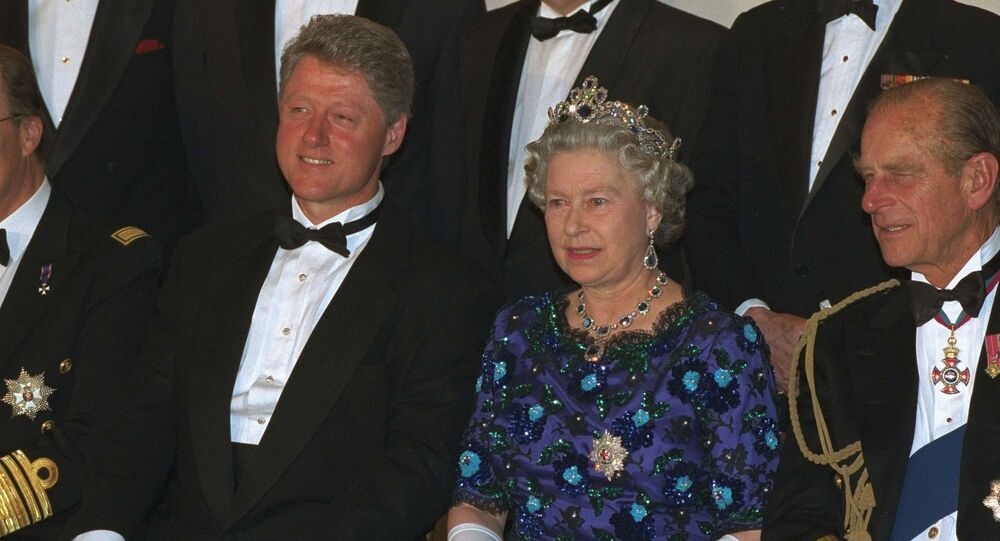 According to the formerly classified documents, then-US President Clinton wanted to be an ordinary 'tourist' in London, and eat at an Indian restaurant instead of having the privilege of being accompanied by Her Majesty.

Former US President Bill Clinton snubbed Queen Elizabeth II's offer of tea at Buckingham Palace when he visited the UK in 1997, according to a Downing Street briefing note released by the National Archives. Clinton had come to visit then-newly-elected prime minister Tony Blair.

According to the declassified files, Clinton wanted to be a 'tourist' in the English capital and enjoy a meal at an Indian restaurant.

© CC BY 2.0 / Veni / Bill Clinton
Photos of Bill Clinton Getting Neck Massage From Alleged Epstein Victim Emerge in UK Tabloid
Tony Blair's private secretary, John Holmes, wrote when discussing tea with the Queen: "The White House were definitely not seeking a contact with the Palace. The Clintons would want the 'fun' bit of the programme to be very informal."

He also noted that unless the UK side "signalled that the absence of a call there might cause offence, the White House would certainly not seek one".

According to memos between Whitehall aides, the Queen had invited then-president Clinton - with or without Mr. Blair and their partners - to 5 p.m. tea at the Palace. However, Downing Street private secretary Philip Barton later got in touch with Dominick Chilcott, the Foreign Office assistant private secretary, to say the offer would not be taken up.

"The Americans said that the president and Mrs. Clinton were very grateful for HM The Queen's invitation to tea at the palace, but would wish to decline politely. The president had said that he 'wanted to be a tourist' and had also expressed an interest in visiting a garden, shops and Indian food," the memo said.

Notably, Bill and Hillary Clinton along with Tony and Cherie Blair spent an evening at a French restaurant, Le Pont de la Tour in London Bridge, where they had beer and fine wine with their meals. The total bill was £298.86, including a 12.5 percent service charge.