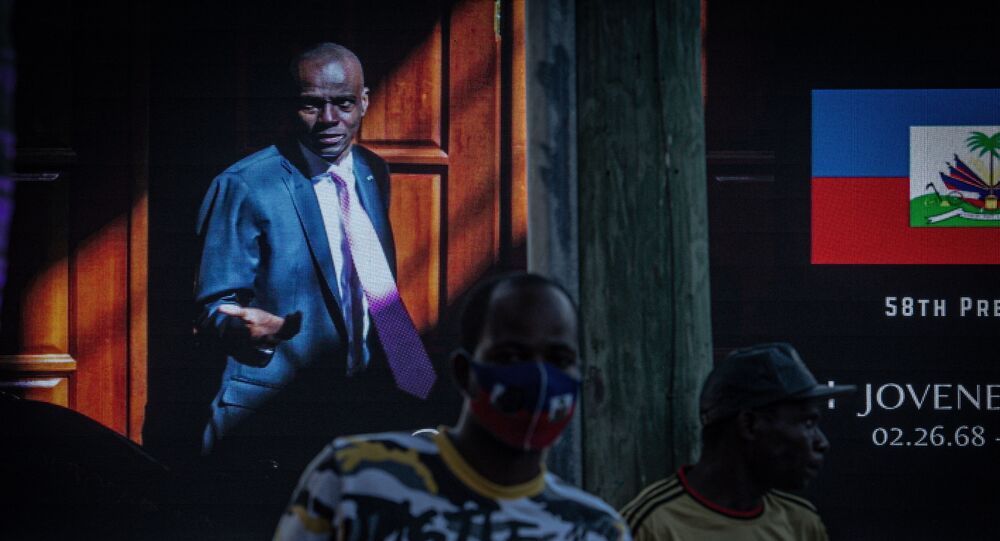 Late Haitian President Jovenel Moise, 56, was killed at his residence outside Port-au-Prince in early July. Police detained 28 suspected attackers in the immediate aftermath.

According to the eyewitness quoted by the paper, Moise desperately tried to call his security for 10 minutes after he heard shots outside his house. After his guards failed to respond, he contacted the Haitian National Police commissioner and said:

"They are shooting by the house... Mobilise people!"

When nobody arrived to help him, Moise called a tactically trained National Police officer, asking him:

Moise's killers entered his house and shot him after apparently describing his appearance to someone on the phone, the police officer told the newspaper.

Moise was killed at his residence outside Port-au-Prince on 7 July by a group of gunmen. He was hit 12 times with high-caliber rounds. His wife Martine Marie Etienne Moise was also heavily wounded in the attack and was airlifted to a Miami hospital for treatment.

Shortly after the murder, Haiti Police said that they had identified 28 suspects, 17 of whom were detained – three were killed during the operation to apprehend them, while eight more remain on the run.

Former businessman Moise was elected as Haiti's president in 2016. He was assassinated about two months ahead of Haiti’s 26 September presidential and legislative elections.