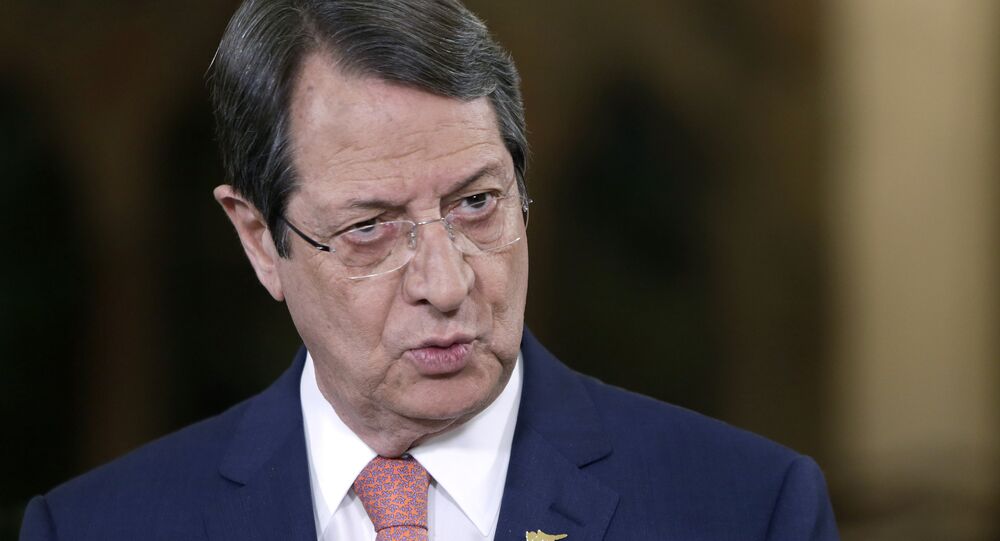 MOSCOW (Sputnik) - Cypriot President Nicos Anastasiades has denounced a group of protesters who broke into the building of the Sigma TV station and trashed its premises.

"The attack on Sigma is a blow to our democracy and the rule of law, which is unacceptable. Those who ignore the law will face strict consequences from the state. The health, safety of our citizens and our democracy will not be left in the hands of irresponsible citizens," the president tweeted.

On Sunday evening thousands of people gathered outside the presidential palace in Nicosia to protest the introduction of SafePass and the pressure to get vaccinated against COVID-19. That same night a number of protesters trashed the office of Sigma.

"People are breaking our cars. Throwing rocks, breaking windows," Nestoras Vassiliou, Sigma presenter of the evening bulletin, reported live from the studio as the attack was happening.

According to the TV channel, the damage amounted to thousands of dollars.

"The state is not threatened or blackmailed by anyone, let alone individuals who, citing irrational conspiracy theories, attempt to lead the country into the Middle Ages," President Anastasiades added in a press release.

Twelve police officers were injured in the attack and the police are searching for 10 people involved. Five others were arrested last night.

Starting from 20 July, SafePass will become mandatory almost in all public places, including transport, shops and cafes. In addition, the Cyprus government is abolishing the provision of free rapid antigen tests starting 1 August in an effort to encourage more people to get vaccinated against the coronavirus.