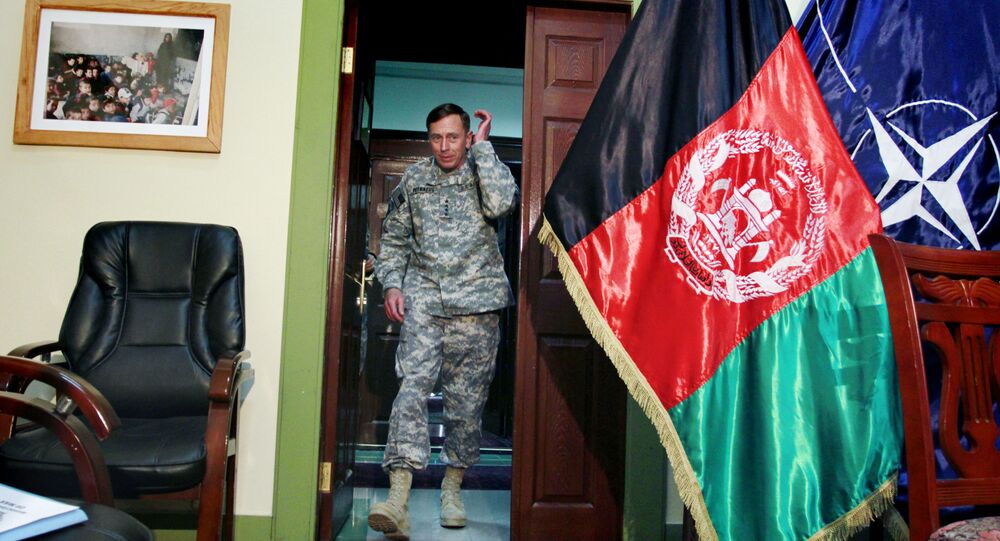 The US and its NATO allies are set to complete their withdrawal from Afghanistan by late August after over 19 years of occupation. The pace of the retreat has led to a dramatic escalation of fighting between the Afghan government and the Taliban, with the Islamist militia claiming they now possess over 85 percent of the country’s territory.

David Petraeus, the retired US Army general who once commanded NATO forces in Afghanistan and US forces in the Middle East, has reiterated that Washington will live to regret its decision to end its nearly two-decade-long occupation of the war-torn country.

“I fear we will look back and regret the decision to withdrawal, and I think we may regret that sooner than I had originally thought,” Petraeus, who is best known for implementing the Pentagon’s strategy of counterinsurgency “surge” operations in Afghanistan and Iraq in the late 2000s and early 2010s, said, speaking to CNN on Sunday.

“I think we will also look back and regret the hasty way in which we seem to be doing this,” the retired general added. “What I see now sadly is the onset of what is going to be quite a brutal civil war, considerable ethnic and sectarian displacement, assassination of government officials, millions of refugees flooding into other countries, particularly Pakistan. We will see the return of al-Qaeda and Islamic State, though I don’t seen an immediate domestic security threat for the US in that regard…We will see the reestablishment of the kind of mediaeval ultraconservative Islamist regime that was the Taliban that did rule much of country when al-Qeada did plan the 9/11 attacks on Afghan soil,” he predicted.

© REUTERS / STRINGER
Pakistan's Intel Chief Brushes Away Afghanistan's Claims of Providing Air Support to Taliban
Characterizing the situation on the ground as “increasingly dire,” Petraeus pointed out that the Taliban is now fighting the Afghan Army on the outskirts of Kandahar, Afghanistan’s second-largest city.

Petraeus went on to suggest that the US was not “ending” the endless war in Afghanistan by pulling out, but only American involvement in it.

The retired general also admitted that the war in Afghanistan was never about “winning.” Rather, he said, it was about “holding” the Taliban and reversing their advances, and about training Afghan forces (the same forces who are now surrendering in droves to the militants). Patraeus argued that the roughly 3,500 troops the US had in the country prior to the beginning of the withdrawal in May was “sustainable” in terms of expenditures of US “blood and treasure.”

© AFP 2021
How the Cyclone Which US Whipped Up in 1980s Came Back to Blow Them Out of Afghanistan
The US has spent over $2 trillion on the war in Afghanistan, with about 3,500 US and coalition troops, over 4,000 Western Mercenaries, more than 100,000 Afghan civilians and tens of thousands of Taliban fighters killed in the conflict which began a generation ago in late 2001 in the wake of 9/11. The west Asian nation has been wracked with instability for over forty years, with the conflict’s roots going back to the Cold War and CIA support for jihadist militants fighting the Afghan government and its Soviet allies starting in the late 1970s.

Petraeus served as commander of NATO forces in Afghanistan between 2010 and 2011. Before that, from 2008-2010, he served as commander of US Central Command, which is responsible for US operations in much of the Middle East, northeast Africa, Afghanistan and Pakistan. Between 2011 and 2012, he served as Barack Obama’s CIA chief, but resigned after admitting to an extramarital affair with his biographer. He later pleaded guilty to a misdemeanor charge for ‘inappropriate handling of classified documents’ and sentenced to two years of probation and a $100,000 fine. Legal observers called this sentence a 'slap on the wrist'.

Putin, Biden Reportedly Discussed Use of Russian Bases to Monitor Situation in Afghanistan