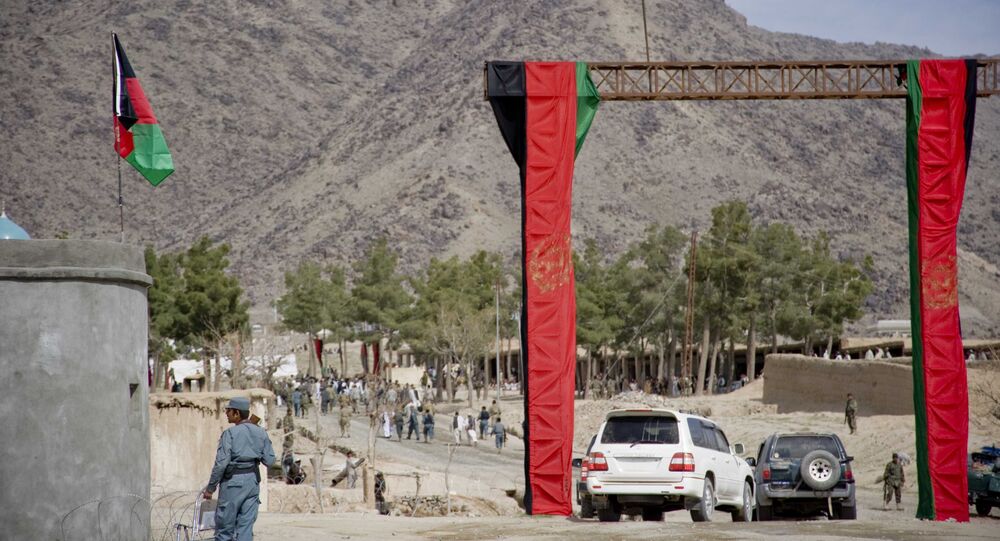 Relations between Kabul and Islamabad have deteriorated significantly amid allegations by Afghani authorities that Pakistan has provided support to Taliban fighters. Pakistani officials have brushed off the claims.

Afghanistan has recalled its ambassador to Pakistan, citing security concerns in the wake of the kidnapping of the diplomat's daughter.

"Following the abduction of the daughter of the Afghan ambassador in Pakistan, the leadership of the Islamic Republic of Afghanistan have recalled the Afghan envoy and other senior diplomats from Islamabad back to Kabul until all the security threats are removed," Afghanistan's Foreign Ministry said in a statement Sunday.

On Saturday, the Foreign Ministry reported that Silsila Alikhel, daughter of Ambassador Najibullah Alikhel, was kidnapped for several hours and tortured by unknown assailants on Friday while out and about in the Pakistani capital. She was later released from captivity and put under medical supervision, according to Kabul. Afghani officials summoned Pakistan's ambassador to Kabul to lodge a "strong protest" over the incident.

In its statement on Sunday, Kabul reiterated its demand that the perpetrators of the attack on Ms. Alikhel be arrested and prosecuted.

Relations between Kabul and Islamabad have deteriorated sharply in recent weeks amid the ongoing withdrawal of US and NATO forces from Afghanistan, which has led to a dramatic surge in fighting between the Afghan government and Taliban fighters. Earlier this week, thousands of Taliban militants were reported to have fled into Pakistan amid Afghan National Security Forces offensives to restore control over border areas. Injured fighters reportedly received treatment in at least one Pakistani hospital.

Tweet reads: "Afghan Taliban fighters being treated at a hospital in Chaman, Pakistan, according to AFP."

Also this week, Afghan Vice-President Amrullah Saleh accused the Pakistani Air Force of issuing a warning to Afghan forces that "any move to dislodge the Taliban from the Spin Boldak area will be faced and repelled by the Pakistani Air Force." Islamabad dismissed allegations that it was providing air support to the Taliban, insisting that Pakistan wants to see a "peaceful and stable Afghanistan" and is "not supporting any faction."

© REUTERS / STRINGER
Afghan Diplomat M. Ashraf Haidari: Pakistan Backing Taliban to ‘Gain Upper Hand In Afghan Politics’
M. Ashraf Haidari, Afghanistan's ambassador to Sri Lanka and a former deputy assistant national security advisor to the Kabul government, believes Pakistan may be backing the Taliban in a foolhardy attempt to "gain the upper hand" in Afghan politics. Speaking to Sputnik on Friday, the diplomat warned that such actions could destabilise the entire region, including Pakistan itself.

The security situation in Afghanistan has deteriorated sharply in recent months amid the ongoing withdrawal of US and NATO forces from the country after nearly 20 years of occupation. On Saturday, US media reported that American intelligence was concerned at the pace of the Taliban's "accelerating" advance, and warning that the militants could "choke off" the government's supply lines.

All of Afghanistan's neighbours, from Pakistan to the south, Iran to the west, Turkmenistan, Uzbekistan, and Tajikistan to the north, and China to the east, have beefed up security in border regions in the hope of preventing unrest from spilling over into their own countries.

Kabul's complaints about Pakistan's alleged collusion with the Taliban are nothing new. In the 1980s, during their war with jihadist militias, communist Afghani forces and their Soviet allies similarly accused Islamabad of assisting the militias, providing them with safe havens inside Pakistan, and even illegally detaining Soviet and Afghan prisoners of war captured by CIA and Pakistani intelligence-supported Mujahideen forces in Pakistani territory. In the mid-1980s, Moscow even threatened to strike jihadist training camp targets inside Pakistan.

Pakistan's role in the Osama bin Laden saga has also led to a number of questions which have yet to be answered. The formal pretext for the US invasion of Afghanistan in late 2001 was the Taliban's harbouring of the al-Qaeda leader on Afghani territory. However, in 2011, when bin Laden was finally found and killed by US special forces, it was revealed that he was living in an affluent neighbourhood in Abbottabad, Pakistan. In 2012, a former Pakistani intelligence chief accused former President Pervez Musharraf of knowing of bin Laden's whereabouts inside Pakistan. In 2016, investigative journalist Seymour Hersh alleged that the ISI got its hands on bin Laden in 2006 and relocated him to the Abbottabad compound, protecting him and giving him access to a Pakistani army doctor. Pakistani officials have vigorously denied all these claims.