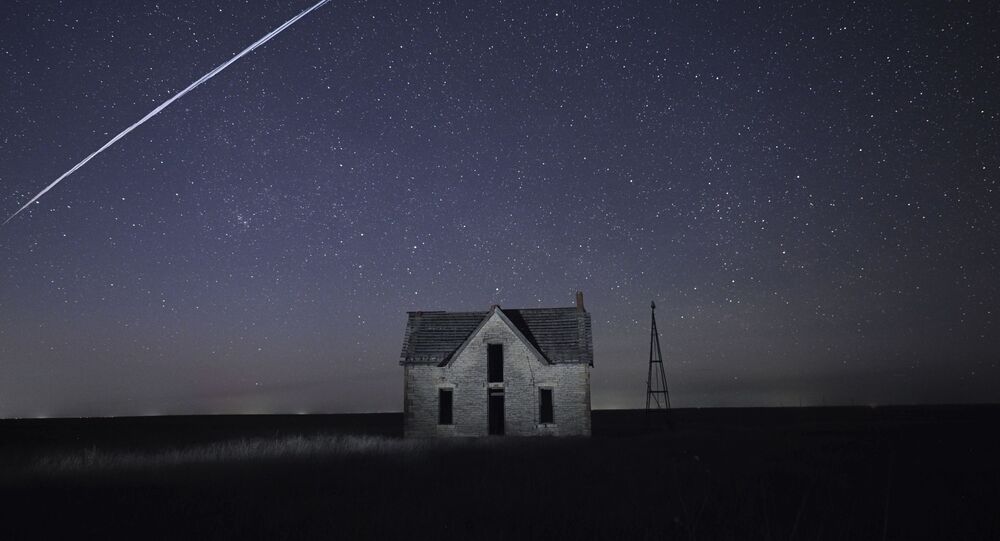 The United States Space Force, a brainchild of former US President Donald Trump, made a plan to establish at least three radar stations across the globe to be able to monitor space objects and the activities of other nations which extend beyond the Earth’s atmosphere.

The United Kingdom was “very interested” in hosting one of the US Space Force’s radar stations that would be able to track objects up to 22,000 miles (some 36,000 km) from Earth, according to the head of the Royal Air Force.

RAF’s Air Chief Marshal Sir Michael Wigston is currently in the United States, discussing the possibilities of taking part in America’s Deep Space Advanced Radar Capability (Darc) project that could see three radar stations being built in the US, Australia and the UK.

The purpose of the project is to guard America’s orbital fleets and other “high-value assets” from threats posed by the anti-satellite weaponry of China or Russia or other objects such as debris, US Space Force Lieut. Col. Jack Walker earlier told the BBC.

His British colleague Chief Marshal Wigston said that the radar stations could help the West to get the “full picture” about what was going on in space:

“The first priority above all is to understand what is going on in space. We know that it is becoming more congested; there were 1,000 satellites launched in the last year alone,” Wigston told BBC Radio 4’s Today programme on Saturday.

According to the RAF’s chief, it is particularly the “activity by countries like China and Russia” that was causing concern among the high military echelons.

“It is reckless activity, deploying and testing of systems that look like weapons in space. So any system like the radar we are talking about which gives us a better picture of what is going on is incredibly important to us,” Wigston said.

© AP Photo / Alex Brandon
In this May 15, 2020, file photo, Chief Master Sgt. Roger Towberman displays his insignia during a presentation of the United States Space Force flag in the Oval Office of the White House in Washington

The US and the UK have been accusing China and Russia of developing arms that could threaten Western satellites, however Russian President Vladimir Putin has repeatedly stated that Moscow was strongly opposed to the militarisation of space and was against any kind of weapon being placed in near-Earth orbit.

"We don't have these kinds of plans or any plans, especially concerning the transfer of technology” to the space level, Putin said during a wide-ranging NBC interviewer in June.

According to Darc’s blueprint, the radar stations would extend to approximately a square kilometre, with numerous dish-looking parabolic antennas some 15 metres in diameter. The expensive and far-reaching plans have already been decried as “totally misguided” by the Campaign Against the Arms Trade.

However, according to the US Space Force’s chief scientist, Joe Mozer, there was an urgent need for the US to “outmatch our strategic competitors”.