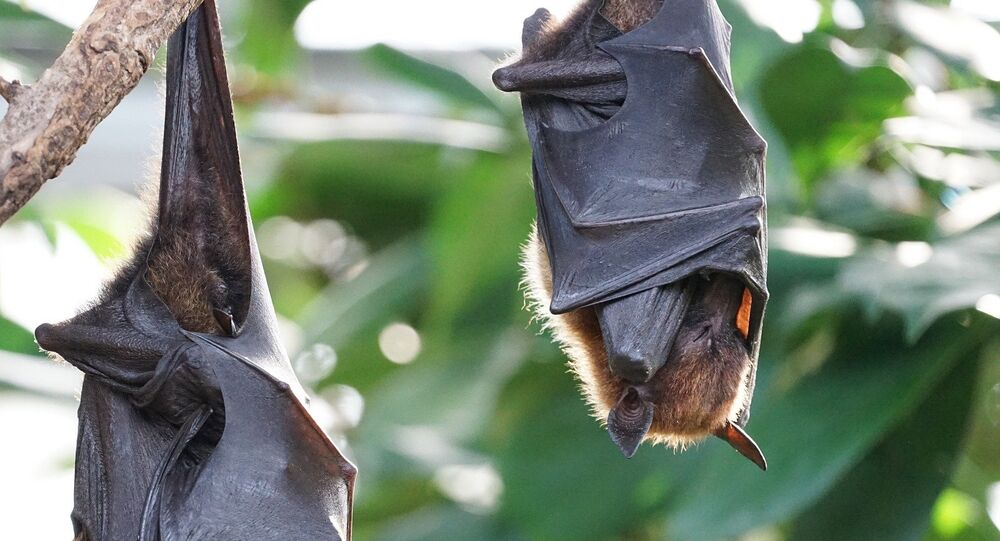 Despite spending months ridiculing Donald Trump's claims that SARS-CoV-2 leaked from a Chinese lab, Democratic politicians led by President Biden have recently altered their position, with the White House now giving the intelligence community 90 days to report on the virus' origins. Beijing has blasted US attempts to blame China for the pandemic.

The news network admits that the shift in opinions is not based on any "new evidence", of which there has apparently been "little", and despite current intelligence reinforcing the previously held view by most Democrats and their allies that the virus emerged naturally through human-animal contact.

Nevertheless, CNN's sources say several top officials tasked with overseeing the intelligence probe, including Biden National Security Adviser Jake Sullivan, now consider the lab leak theory just as much a possibility as the hypothesis that the new coronavirus was created in nature.

One source further indicated that intelligence agencies, including the CIA, also consider the lab leak theory to be a "credible line of inquiry" and that "there has been a shift in their point of view".

Sources also warned, however, that neither theory is yet backed by definitive evidence, and that there is "no smoking gun" on the lab leak claims, while animal testing is similarly yet to find SARS-CoV-2's original host.

© AFP 2021 / GEOFFROY VAN DER HASSELT
Activists Protest in Paris Against New COVID-19 Restrictions
Despite the lack of conclusive evidence in either direction, the White House's softening of its position on the "lab leak" allegations is a stark change from the Democrats' earlier no-questions-asked dismissal of the "leak" theory. Throughout most of 2020 and early 2021, candidate Biden, Democratic lawmakers, their allies in the media, and Big Tech vocally sought to decry, police, and censor any suggestion that SARS-CoV-2 may not have originated naturally.

That began to change in the spring, and on 26 May, Biden ordered the intelligence community to carry out a 90-day probe into the origins of the virus. Since then, US officials have threatened China with "isolation in the international community" unless they cooperate. China dismissed the threats and the new probe, accusing Washington of engaging in "sheer blackmail". The probe's findings are expected to be delivered to the president's desk by late August.

Reporting on the coronavirus pandemic has found a number of curious circumstances related to the Wuhan Institute of Virology, which American officials have implicated in the potential "leak". Media investigations carried out over the past year-and-a-half have accused US, Australian, Canadian, and other western scientists and academic institutions of collaborating heavily with their Chinese counterparts in potentially dangerous bat coronavirus experiments at Wuhan. Western researchers have reportedly provided millions of dollars in grant money to the lab for research banned in their home countries for safety reasons.

China Hits Back at Lab Leak Claims, Presents Own Theories

Beijing has hit back at the Wuhan lab leak allegations, dismissing them as a conspiracy theory. Last year, Chinese Foreign Ministry spokesman Zhao Lijian suggested that the US may have brought the virus to Wuhan during the 2019 Military World Games.

© AP Photo / Patrick Semansky
Suspect No.1: Why Fort Detrick Lab Should be Investigated for Global COVID-19 Origins Tracing
Last month, the Chinese newspaper Global Times urged the international community to look into "suspicious" activities at American biological research institutions, particularly the US Army Medical Research Institute of Infectious Diseases at Fort Detrick, Maryland. In August 2019, the lab was temporarily shut down after a Centres for Disease Control and Prevention inspection amid fears that deadly virus research being engaged in at the facility could escape. Russian officials have expressed their own concerns about the secret activities of US-run biolabs operating in a number of former Soviet republics.

China's claims have their own merits to back them up. For example, while Wuhan officially recorded its earliest COVID-19 symptoms from a patient in early December 2019, a recent study by the US National Institute of Health has found that the virus was circulating in five US states that same month, several weeks before the first documented case were identified in January of 2020. A separate report conducted by Italian researchers showed that the virus was infecting people in the European country as early as September 2019, six months before the first cases were officially reported by Rome.

The World Health Organisation carried out a probe into COVID's origins in March, with WHO investigators dispatched to Wuhan concluding that the lab leak theory was "extremely unlikely". The report said the most likely explanation was that the new coronavirus was transmitted to humans from bats or some other animal. Yet, on Friday, WHO chief Tedros Adhanom Ghebreyesus told reporters that it would be a "premature push" to rule out COVID-19 having escaped from the Wuhan lab, adding "lab accidents happen" and that it was a "common" occurrence in immunological research.

The back-and-forth blame game between the US and China is understandable because the stakes in finding out who or what is responsible for the new coronavirus are immense. In addition to the over 4 million deaths said to have been caused by the virus, the global pandemic has caused trillions of dollars in economic damage, sparked a rampant rise in hunger, depression, suicides and drug use, and prompted many nations to resort to harsh lockdown and vaccination tactics which contradict basic constitutional rights.