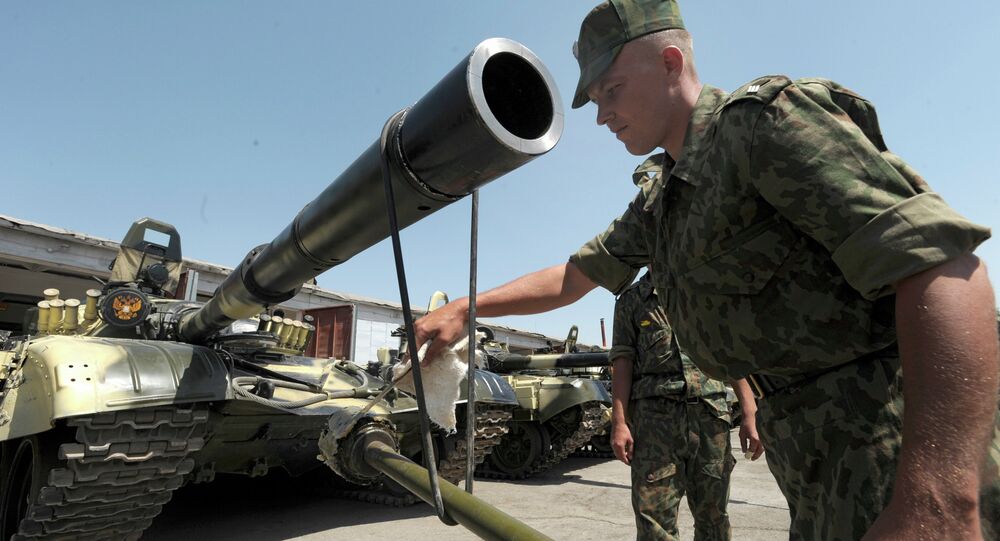 Putin, Biden Reportedly Discussed Use of Russian Bases to Monitor Situation in Afghanistan

The hurried US and NATO withdrawal from Afghanistan has sparked concerns in Moscow over the security of its Central Asian allies amid the Taliban's continued advance. All of Afghanistan's neighbours, including Russia's Tajik partners, have beefed up border security in a bid to stop violence and instability from spilling over into their nations.

Vladimir Putin and Joe Biden discussed the possibility of exchanging information on the conflict in Afghanistan at their 16 June summit meeting in Geneva, the Russian newspaper Kommersant reports, citing sources said to be familiar with the situation.

The discussions are said to have included a proposal by Putin to use Russian bases in Tajikistan and Kyrgyzstan, possibly to provide the US with information obtained through the use of drones. The US "hasn't given a clear answer for now", according to one source.

The business newspaper provided no further information about any other possible "coordination" between the two countries on Afghanistan.

Commenting on the story, Russian presidential press secretary Dmitry Peskov confirmed to RBC that the situation in Afghanistan was on the agenda of the June summit, but did not comment on whether the discussions included talks about Russia's Central Asian bases.

US special representative for Afghanistan Zalmay Khalilzad similarly has not commented on the report.

Russia has a major military presence in Tajikistan, which is one of Afghanistan's northern neighbours. Moscow's Collective Security Treaty Organisation ally hosts the 201st Military Base in Dushanbe. The base houses at least 7,000 troops, several hundred tanks, armoured personnel carriers, artillery, at least one battalion of Orlan-10 reconnaissance drones, S-300 air defences, and over a dozen aircraft, including helicopters and ground attack jets.

Kyrgyzstan, which borders Tajikistan but does not have a common frontier with Afghanistan, hosts Russian personnel from the 14th Air and Air Defence Forces Army at the Kant Air Base, with about 500 Russian officers and airmen stationed there. The base's inventory includes Su-25 attack aircraft, Mi-8 helicopters, and its own contingent of Orlan-10 UAVs.

Sputnik has previously reported on US plans to station troops and equipment evacuated out of Afghanistan in a neighbouring country – possibly in one of the Central Asian republics. Uzbekistan, which is not a member of the CSTO, but maintains security ties with Moscow, has indicated that it would not allow US troops to be stationed in the country. Tajikistan hasn't hosted US troops since a brief stint in 2001. To the south of Afghanistan, traditional US ally Pakistan has also ruled out the deployment of American forces.

© AP Photo / Massoud Hossaini
DoD ‘Deeply Concerned’ by Speed of Taliban’s Advance, ‘Briskly’ Looking for Bases Near Afghanistan
Last week, Pentagon spokesman John Kirby said the US was still "briskly" and "energetically" searching for options for where to host troops to address potential threats coming out of Afghanistan. Failing that, the US would use its "sophisticated and robust over-the-horizon capabilities" to stage attacks "even from afar", the spokesman suggested.

Russian Foreign Minister Sergei Lavrov has said that Moscow plans to cooperate with Beijing and Washington to resolve the Afghan conflict through talks, including with the Taliban. A Taliban delegation visited Moscow earlier this month, telling reporters that the group would not allow any provocations with their Central Asian neighbours, promising to clamp down on the Afghan heroin trade which has bloomed under the US occupation, and reiterating that Daesh (ISIS)* would not be allowed to operate in areas under their control. It remains to be seen whether the Islamist group, which now claims to control up to 85 percent of the country's territory, will live up to its promises.

There's Risk of Unrest in Afghanistan Spilling Over to Neighbouring Countries, Lavrov Warns