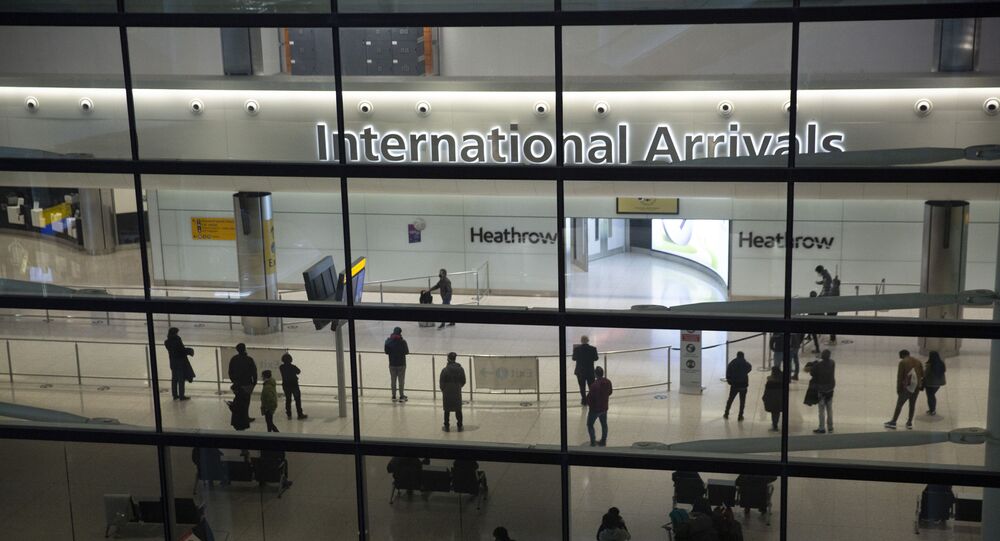 UK Transport Secretary Grant Shapps raised hopes among many Britons last week by announcing that those returning to England from “amber list” countries will not need to spend 10 day in quarantine if they have received two COVID-19 jabs. But France has now been excluded from the new rule.

Travel industry executives and British travellers alike have found themselves utterly frustrated after discovering on Friday that quarantine exemption rules for fully-vaccinated Britons will not apply to France following a bizarre government U-turn.

From 19 July onwards, UK residents who have received two COVID-19 shots won’t need to isolate upon their return from Portugal, Greece and other so-called “amber list” countries. The government continues to use its colour-coded traffic light system for pandemic-related foreign travel advisories, which has seen a lot of criticisms.

© AP Photo / Miroslav Lelas
In this Friday, Aug. 21, 2021 file photo, a passenger inspects the departures timetable at the international airport in Split, Croatia

Amber-coloured France was also supposed to be a part of this exemption but the government decided on Friday that the rising number of Beta variant COVID cases in the country is preventing it from becoming a quarantine-free destination – even if you have been administered two shots.

"I'm frustrated with the inconsistent approach the government are taking, it doesn't all appear logical," a fully-vaccinated nurse, Georgina Thomas, who was travelling to France for a family visit told the PA news agency.

According to Georgina Thomas, she is confident that her risk of catching COVID “will be higher” when she makes her way back to the UK.

The traveller’s frustration was echoed by the industry, with Easyjet CEO Johan Lundgren accusing the UK government of “pulling the rug” out from under British holidaymakers and travellers currently in France or those planning to make a visit.

"The traffic light system is falling apart with the government making it up as they go along and causing confusion and uncertainty. It is not backed up by the science or transparent data," Lundgren said.

According to a statement from ABTA, a travel industry body, the decision to exclude France from the altered quarantine rules has created a new setback for holiday firms that will “undoubtedly dent consumer confidence in overseas travel”.

Transport Secretary Grant Shapps defended the government’s travel rules, saying that public health was a priority despite a commitment to reopen the country for international travel.

"We urge everyone thinking about going abroad this summer to check their terms and conditions as well as the travel restrictions abroad before they go,” the secretary stated.

The Beta variant that was first identified in South Africa is believed to be some 50% more transmittable that the original COVID-19 strain. The variant has sparked concerns about the effectiveness of existing vaccines, especially the AstraZeneca ones widely used in the UK.

The UK government website states that fully-vaccinated Brits who have arrived to England from “amber list” states will need to undergo a COVID test as per previous rules. Meanwhile, those arriving from France still apparently have an option to end their isolation on day five with a private Test to Release.