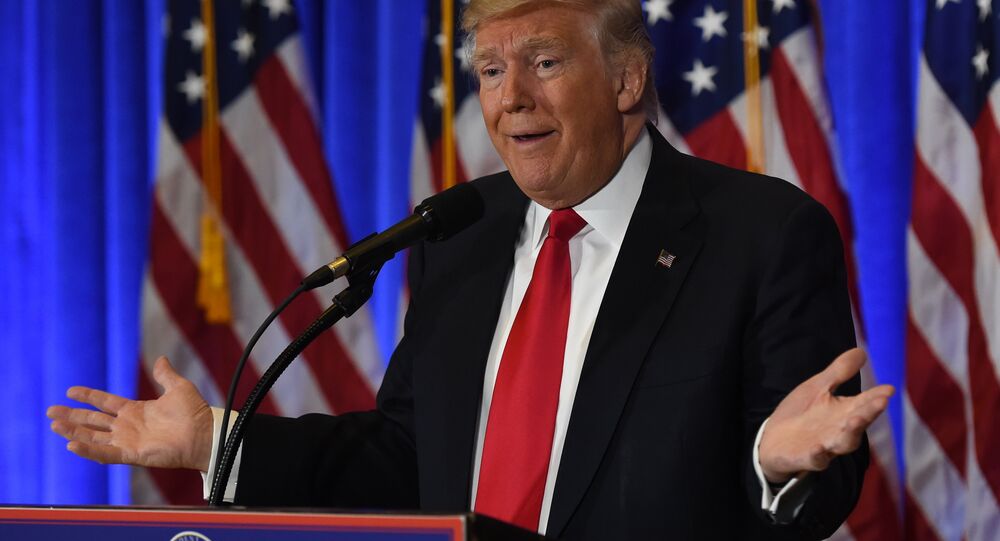 Earlier on Thursday, the newspaper, citing what it claims to be leaked Kremlin documents, reported that Russian President Vladimir Putin, during a closed session of the Russian Security Council on 22 January 2016, is alleged to have personally approved a secret operation to support Trump in the 2016 US presidential election.

Kremlin spokesman Dmitry Peskov, in a comment to The Guardian, characterised claims of Moscow's secret support for Donald Trump in the run-up to the 2016 US presidential election as "a great pulp fiction".

The newspaper contacted Peskov to clarify "exclusive documents" that suggested the Russian president held a key meeting with intelligence officials and senior ministers on 22 January 2016 during which he gave a green light to a clandestine spy op to support the candidacy of a "mentally unstable" Donald Trump as the US president.

The purportedly leaked documents suggested that a Trump win would play into Moscow's hands as it would cause "social turmoil" and weaken the negotiating stance of the United States on the world stage.

The Guardian claimed that Russian spy agencies were instructed to do everything in their power to ensure a Trump victory, as the former beauty pageant producer was considered by the Kremlin to be the "most promising candidate", whose personality the alleged report assessed as a "impulsive, mentally unstable and unbalanced individual who suffers from an inferiority complex". The Kremlin is also alleged to have compromising intel on Trump, in particular, about his "non-official visits to Russian Federation territory".

The newspaper outlined that Western intelligence agencies were aware of these alleged Kremlin documents and had examined them.

Russia has repeatedly denied the claims of its meddling in the 2016 presidential election in the United States.

According to a report on the Kremlin's website, on January 22, 2016, Putin did have a meeting with permanent members of the Security Council, but they discussed socioeconomic domestic issues, Moldova, and the situation in international markets.