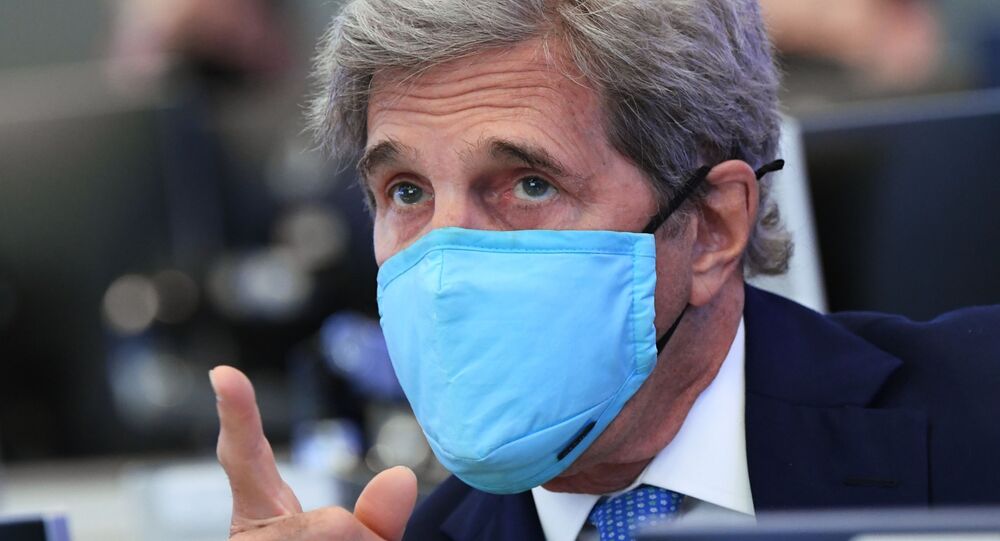 MOSCOW (Sputnik) - The United States will thoroughly study the ideas of Russian President Vladimir Putin on the climate agenda, these proposals are very positive, US Special Presidential Envoy for Climate John Kerry said. Earlier, the State Department said that Kerry had had a telephone conversation with Putin during his visit to Russia.

The Russian president offered to cooperate in collecting satellite data, which can provide information on greenhouse gas emissions and help to find out how much people are sticking to their promises, Kerry said in an interview with the Kommersant newspaper.

Putin also mentioned the options for cooperation in decarbonisation, reforestation technologies, special approaches to solutions based on environmental requirements, and so on, he noted.

In addition, the Russian leader very clearly reaffirmed what he was talking about at the climate summit and agreed on the need to act during the 2020-2030 period, the US envoy said.

Kerry believes that the United States and Russia could conduct joint research and exchange technologies, including in hydrogen, to reduce carbon emissions.

He stressed that Russia was the world's fourth or fifth largest emitter, depending on whether the EU was considered a subject or not. So, reduction of emissions is impossible without Russia, Kerry added.

The special envoy noted that it would be fair if other countries, including Russia, join US efforts and make a fair contribution to global efforts to reduce emissions.

Kerry added that he intended to meet again with his Russian counterpart, Ruslan Edelgeriev, before the conference in Glasgow, which was scheduled for this fall.

Forestry, trade, and external mechanisms, areas of cooperation and targets will be discussed at this meeting, Kerry told the Kommersant newspaper.

What has already been agreed is that Russia and US would really work together to try to succeed in Glasgow, the envoy added.

Russia and the United States have areas for cooperation that could help partially ease tensions, US Special Kerry affirmed.

There are great tasks and challenges in the field of research and development in the field of combating climate change, Kerry said, noting that it was necessary to accelerate the reduction of emissions and the transition to alternative, renewable, sustainable energy.

Russia and the United States will have to work to separate the climate agenda from the agenda of relations between the two countries, and it is possible, the envoy said.

The State Department said earlier in the day that Russia and the United States are committed to working together on a range of climate issues, including carbon and non-carbon emissions reduction