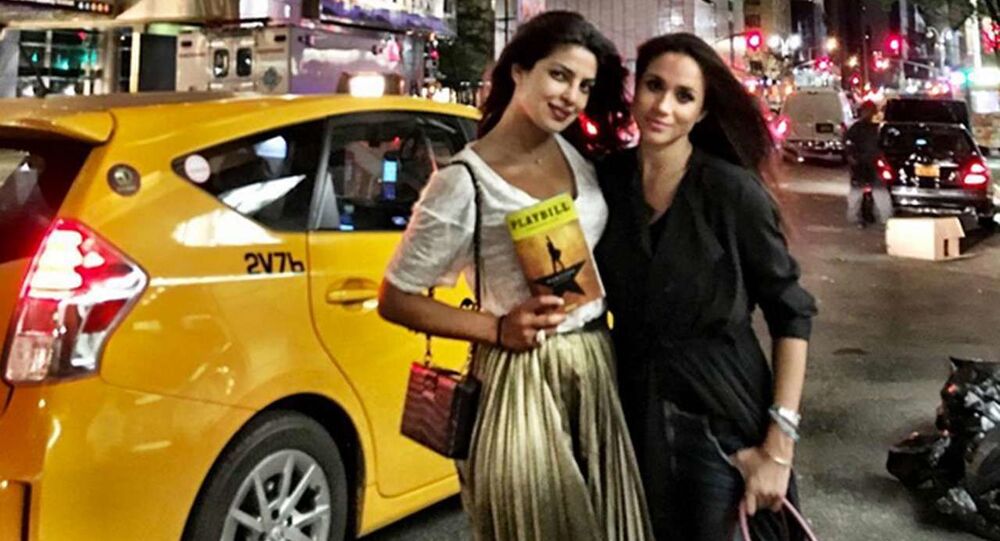 Prince Harry and Meghan Markle announced in January 2020 that they intended to step down from their roles in the royal family. The couple is currently residing in California in the US.

Indian-American actress Priyanka Chopra Jonas has been accused of snubbing the Duke and Duchess of Cambridge – Prince William and Kate Middleton – at the Wimbledon finals.

In a viral social media clip, Priyanka, has a close friendship with Meghan Markle, was spotted "ignoring" the Duke and Duchess of Cambridge when they made their way into the Royal Box. When the couple made their entry amid applause, the actress was seen fixing her scarf instead of joining the crowd.

Priyanka, who was seated just two rows behind them, looked away and then quickly turned to the person seated next to her.

​Her fans believe she "voluntarily snubbed" the royals for their behaviour towards Meghan Markle. Priyanka shares a close friendship with the Duchess of Sussex and even attended her royal wedding with Prince Harry.

​In a tell-all interview with Oprah Winfrey earlier this year, Meghan alleged that her sister-in-law Kate Middleton had made her cry in the days prior to her wedding. Meghan also accused the royal family of racism and pushing her to the brink of suicide.

"It was only once we were married and everything started to really worsen that I came to understand that not only was I not being protected but that they were willing to lie to protect other members of the family", Meghan said.