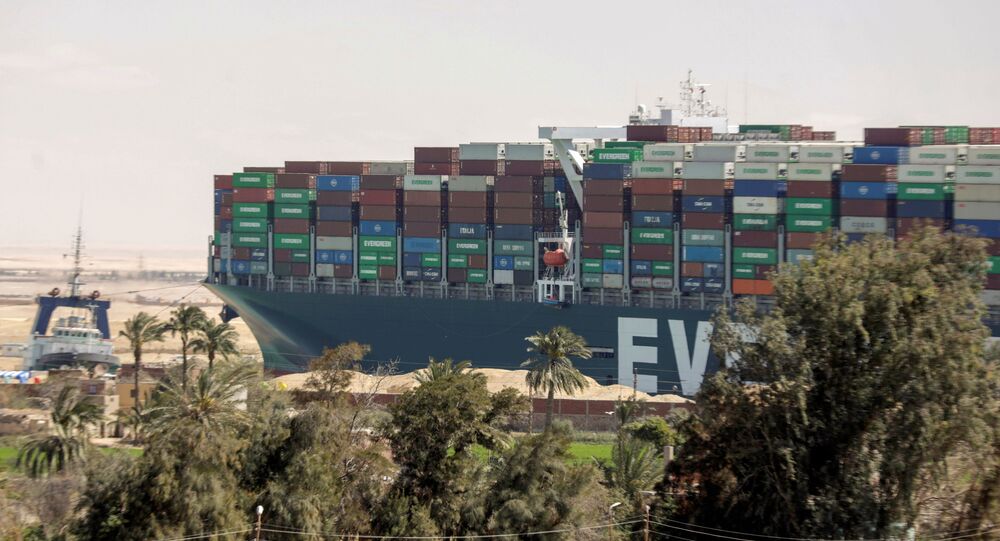 The Ever Given container ship stole headlines in early March after blocking Egypt’s Suez Canal for nearly a week, a move that severely disrupted global trade. Although the Panamanian-flagged vessel was eventually freed from the single-lane stretch of the canal, its troubles were far from over as affected parties sought compensation for the setback.

The troubled Ever Given officially departed Egyptian waters early Tuesday after the vessel underwent an inspection by officials at the Suez Canal, marking the end to the ship’s monthslong stay in the area.

Citing a canal source familiar with the development, Reuters reported that the Ever Given officially departed Egyptian waters at roughly 4 a.m. local time after its inspection at Port Said.

Latest tracking by Marine Traffic notes the vessel is presently traversing the waters of the Mediterranean Sea, specifically those near the Greek island of Crete, at a pace of 10 knots. The vessel is currently en route to the Port of Rotterdam in the Netherlands.

© REUTERS / AMR ABDALLAH DALSH
FILE PHOTO: Ever Given, one of the world's largest container ships, sets sail to leave through Suez Canal after the canal authority reached a settlement with the vessel's owner and insurers, in Ismailia, Egypt, July 7, 2021.

The Ever Given was initially cleared to depart the canal’s Great Bitter Lake on July 7 after the ship’s owner, Shoei Kisen Kaisha Ltd., managed to reach a financial settlement with canal authorities. Both parties had previously been involved in weeks’ worth of back-and-forth negotiations.

At the time, Lt. Gen. Ossama Rabei, who serves as the head of the Suez Canal, commented that the settlement “achieved justice and prioritized both parties’ interests.” He further underscored that the agreement “ended a crisis that lasted for more than three months.”

While the details of the settlement have not been publicly disclosed, it’s worth noting that the Suez Canal Authority had initially sought $915 million in compensation before the sum was lowered down to $550 million. Local reports have suggested that the agreement includes the addition of a new tugboat for the canal.

It’s expected that the received funds will be geared toward the costs associated with the stalled canal traffic, lost transit fees and overall charges tied to the salvage operation.

Financial Hardships Far From Over

While the owners of the Ever Given were able to come to terms with the Suez Canal Authority, it’s unlikely to be smooth sailing from here on out, especially amid growing concerns that a bevy of lawsuits are incoming from businesses that were hurt by the unintended March blockade.

In anticipation of “many hundreds or thousands” of legal claims that could be filed against the vessel’s owner, two subsidiaries of Shoei Kisen Kaisha Ltd and the Evergreen Group, were granted a temporary stay on any potential claims that may emerge in the next two months.

Bloomberg reported that the court’s approval will allow for overlapping claims to be grouped together, a move that could help lessen legal costs. However, as the current situation is still fluid, officials are expected to reconvene in a UK court in two months’ time to address emerging claims filed against the companies.

The London court’s Tuesday decision followed a previous ruling that limited claims against the container vessel to about $116 million.

As a multitude of officials brainstormed how best to free the Ever Given, the canal blockage forced many ships to either sit idly, whereas others opted to take a much longer alternative route around the Cape of Good Hope. However, the alternative option came at a higher cost, with companies having to dish out additional funds to cover new expenses, such as increased fuel.