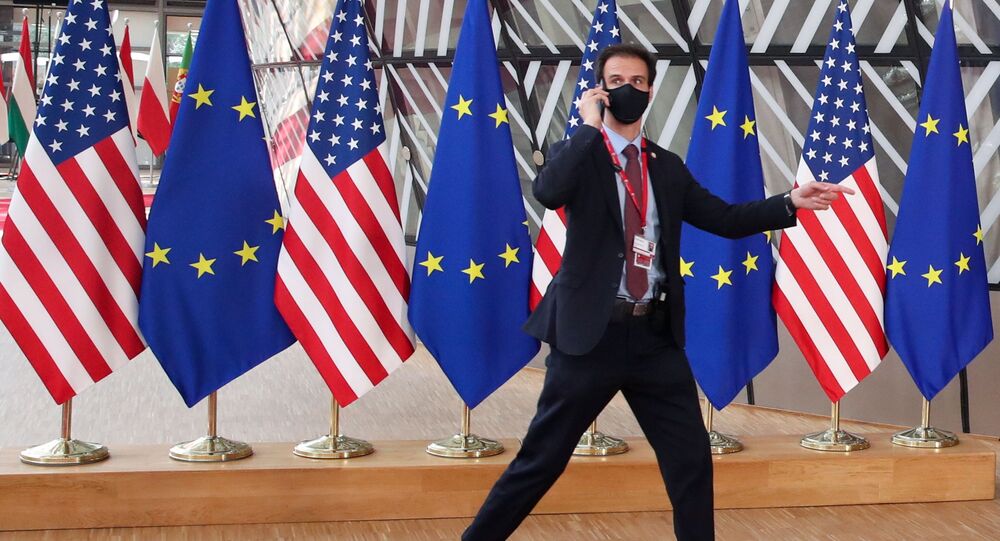 EU Puts Its Corporate Tax Plan 'on Hold' After US Pressure

Earlier this month, a newly-established EU Tax Observatory group argued that the bloc could end up with an extra $61 billion in its pockets if US President Biden's plan for a 15-percent global corporate tax rate gets the go-ahead from other nations.

The EU has pledged to delay its own plan for a corporate tax after pressure from the Biden administration, who is concerned about criticism by Congress of Washington's push for a global minimum tax rate on corporate profits.

"We have decided to put on hold our work on our new digital levy", EU Commission spokesman Daniel Ferrie told reporters on Monday, adding that the tax proposal had been planned for later in July and that the bloc will reassess the situation in autumn.

EU economics commissioner Paolo Gentiloni, in turn, insisted that postponing the bloc's corporate tax plan would make it easier to focus on achieving "the last mile" of the global deal.

The remarks came as Irish Finance Minister Paschal Donohoe sat down with US Treasury Secretary Janet Yellen in Brussels, where he reiterated Dublin's support for the shift in taxation of multinational corporations and Ireland's opposition to the 15% minimum rate.

At the same time, Donohoe confirmed his country's commitment to collaborating with the Organisation for Economic Co-operation and Development (OECD), which is coordinating talks on the global tax reform.

Yellen, for her part, reiterated her call for all 27 EU countries to join the global corporate tax deal during the Brussels negotiations.

"We need to put an end to corporations shifting capital income to low tax jurisdictions, and to accounting gimmicks that allow them to avoid paying their fair share", the treasury secretary said in a statement on Monday.

© CC0 / Pixabay
Biden Suggests 15% Floor for US Corporate Taxes Instead of 28%, Reports Say
She spoke after the EU Tax Observatory group released a report to analyse how much money the bloc would generate from imposing a minimum tax rate on multinational giants. The Biden administration initially proposed imposing a 21-percent rate on global multinationals, but the figure was downgraded to "at least" 15 percent as a "floor" target.

The report suggested that the EU may wind up with an extra €50 billion ($61 billion) if other countries give the green light to Biden's plan for a 15-percent global corporate tax rate.

This was issued after finance ministers from the G7 gathered in London in early June to conclude a deal on measures to tax transnational firms based on where they do business, not where they are headquartered.

"We commit to reaching an equitable solution on the allocation of taxing rights, with market countries awarded taxing rights on at least 20 percent of profit exceeding a 10 percent margin for the largest and most profitable multinational enterprises", the text of the agreement read.