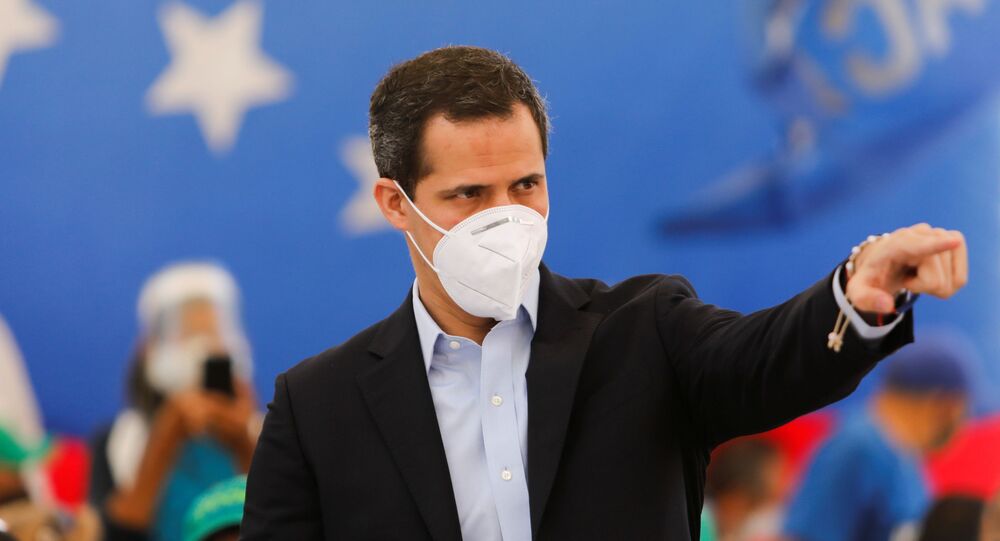 "Faes (police unit) officers are in my house ... want to detain Juan Guaido ... They are in the basement of my house ... they are surrounding the car where Juan Guaido is located," Rosales said on Twitter.

Shortly before that, Guaido wrote one word on his Twitter — "pursuit" and posted a video for a few seconds. It was presumably made from a car, although it was difficult to tell what was happening on it due to blurred image.

It turned out later, however, that Guaido had not been arrested, as he was seen in a video published on the politician's Twitter account speaking to journalists on the street.

Earlier in June, a US State Department spokesperson told Bloomberg that US sanctions would only be dropped against Venezuela after extensive reforms to end the “repression and corrupt practices” it claims Maduro’s government is engaged in. They also said Maduro would have to engage with Guaido to end the country’s political crisis, including agreeing to “free and fair elections” and the restoration of economic and political freedoms.

Guaido was once the speaker of Venezuela’s National Assembly, which was divested of power in 2017 after it refused to recognise the authority of the Constituent Assembly formed to draft a new constitution. He declared himself the country's interim president in January 2019, claiming Maduro's reelection the previous year had been illegitimate.

Guaido was immediately recognised by the US and several western European nations, but not by China, Russia, Turkey, Cuba, and many others.

New elections to the National Assembly were held in December 2020, in which Maduro’s United Socialist Party of Venezuela (PSUV) won a majority.