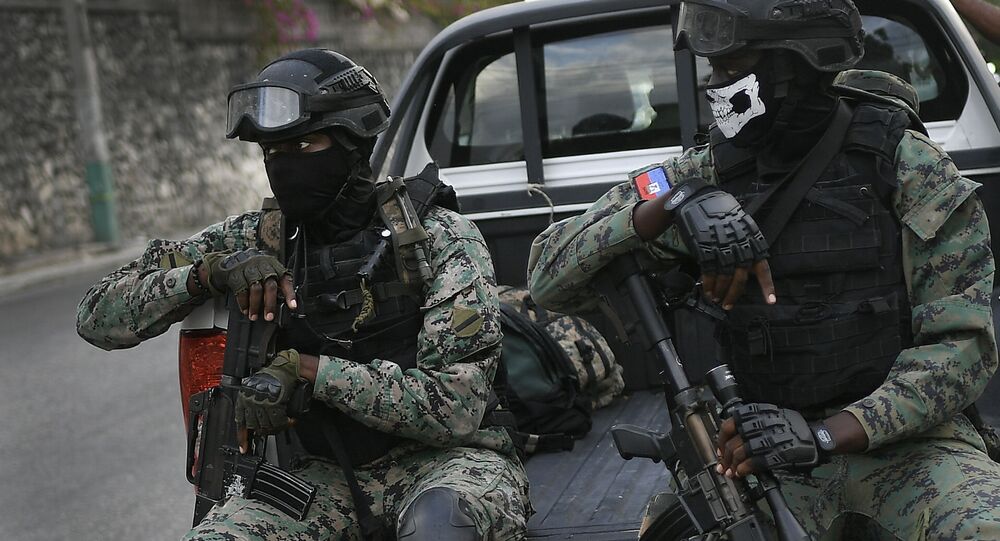 Haiti’s interim government led by Claude Joseph officially asked for help from the US and UN to protect the country as it reels from the recent assassination of President Jovenel Moise. Haiti has been in a state of emergency since 7 July.

Washington has “no plans” to provide Haiti with military assistance, a senior administration official told NPR in light of President Jovenel Moise’s assassination.

Port-au-Prince asked both the United States and UN to deploy troops in the country as it faces a constitutional crisis with Acting Prime Minister Claude Joseph and Senate President Joseph Lambert battling for control.

"In response to the Haitian government's request for security and investigative assistance, we will be sending senior FBI and [Department of Homeland Security] officials to Port-au-Prince as soon as possible to assess the situation and how we may be able to assist," the official added.

Pentagon Spokesperson John Kirby earlier said that the request from the Haitian government had been under consideration by the department. He explained that a team of Department of Homeland Security and FBI officials has been dispatched to Haiti to help local officials investigate Moise’s death.

© AP Photo / Joseph Odelyn
Acting Prime Minister Claude Joseph, center, speaks to journalists during a press conference to show the captured suspects in the assassination of Haiti's President Jovenel Moise at the General Direction of the police in Port-au-Prince, Haiti, Thursday, July 8, 2021

"I think that's really where our energies are best applied right now in helping them get their arms around investigating this incident and figuring out who's culpable, who's responsible and how best to hold them accountable going forward,” Kirby said on Sunday.

A source from the administration confirmed to NPR that a “technical team” of assistants was sent to the country on 11 July, but added that it also includes representatives from the National Security Council, State Department, and Department of Justice.

© AP Photo / Jean Marc Hervé Abélard
Suspects in the assassination of Haiti's President Jovenel Moise are tossed on the floor after being detained, at the General Direction of the police in Port-au-Prince, Haiti, Thursday, July 8, 2021

Following Moise’s brutal murder at his house on Wednesday, the Haiti police identified 28 foreign individuals as being involved in the assassination. As of Friday, 20 of them have been detained, including 18 Colombians and two Haitian Americans.

On Sunday, the country’s Police Chief Leon Charles said that an alleged mastermind behind the plot to kill the president – a 63-year-old doctor from the US state of Florida called Christian Emmanuel Sanon – had also been apprehended by the police.