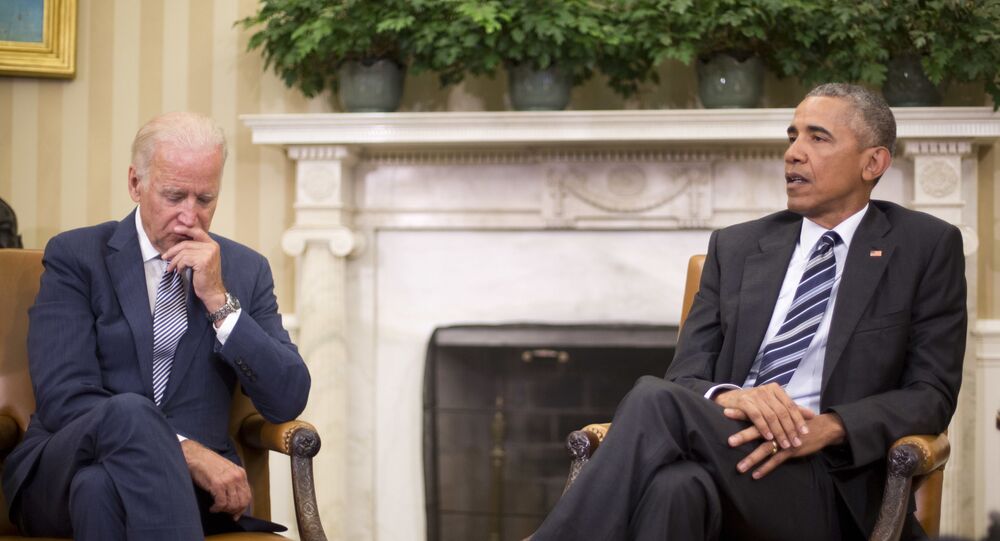 It was speculated in the media that an ongoing delay in the appointment of the new US ambassador to the UK is related to Joe Biden’s desire to see former US President Barack Obama in the role – an idea that was condemned by Boris Johnson, according to a report.

A spokeswoman for the UK Foreign Office said it was “categorically untrue” that Prime Minister Boris Johnson severely opposed the Joe Biden administration's proposal for Barack Obama to become the new American ambassador to London.

“These reports are untrue. Questions on US appointments are for the US,” a spokeswoman said as quoted by the Daily Mail.

Her comment came as a response to the Sunday Express’s article which quoted an unnamed Whitehall source claiming that the Biden administration was planning to make America’s 44th president a new envoy to the UK but “the government has privately objected to an Obama appointment.”

“It’s also true that this is why there is a delay,” the source claimed.

© AP Photo / Carolyn Kaster
US President Barack Obama speaks during a news conference with British Prime Minister Theresa May after their bilateral meeting in Hangzhou in eastern China's Zhejiang province, Sunday, Sept. 4, 2016, alongside the G20

Another senior insider said that the prospect of Obama filling the post was “just unacceptable” following his 2016 comment prior to the Brexit referendum that the UK would be “at the back of the queue” for any trade deal with the US if it leaves the bloc. Obama rejected at that time Boris Johnson’s comment that the then-US president had an “ancestral dislike” for Britain because he was “part-Kenyan.”

© AP Photo / Matt Dunham
US President Barack Obama and British Prime Minister David Cameron, center right, face military flag bearers from their countries during a ceremony at the start of a NATO-Afghanistan round table meeting during a NATO summit at the Celtic Manor Resort in Newport, Wales on Thursday, Sept. 4, 2014

Britain’s Leave campaign, which was led by Boris Johnson, perceived Obama’s unsettling “queue” remark, which was actually made during a press conference in the Foreign Office alongside David Cameron, as an attempt at intimidation.

“I don't think the British people will be blackmailed by anyone, let alone a lame duck US President on his way out,” Dominic Raab commented in April 2016.

So Obama’s remark left hard feelings among Johnson’s camp but the UK government has now rejected reports that Boris Johnson had any objections to Barack Obama filling the post, which has been vacant since Trump’s appointee Woody Johnson bowed out in January after Biden was sworn into office.

The Telegraph reported in July that the envoy position may not get filled until 2022, but Biden was considering sending a senior diplomat to the US Embassy in London “as a temporary measure.”