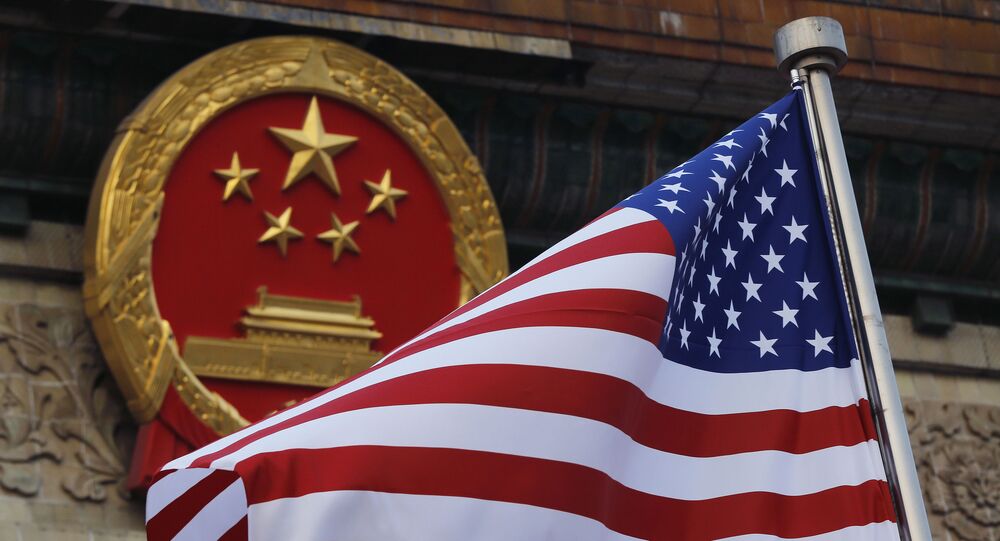 BEIJING (Sputnik) - Beijing strongly objects to the United States blacklisting 23 Chinese companies and will adopt an appropriate response to that, the Chinese Ministry of Commerce said on Sunday.

"This is an unjustified pressure against Chinese companies and a serious violation of economic and trade rules. China decisively objects to this," the ministry said in a statement.

The ministry went on to demand Washington to reverse the decision, warning that otherwise Chine will retaliate.

"We will take the necessary steps to vigorously defend our legitimate rights and interests," the ministry stated.

Earlier in the week, the US Department of Commerce blacklisted 34 foreign entities, including 23 from China in connection to the alleged abuses against the Uyghurs in the Xinjiang province.

In recent years, Beijing has been under increased scrutiny and criticism over its allegedly repressive policies toward ethnic Uyghurs and other Muslim minorities as well as for clamping down on political opposition in Hong Kong and threatening Taiwan's independence. Beijing refutes these accusations, describing them as outside meddling.