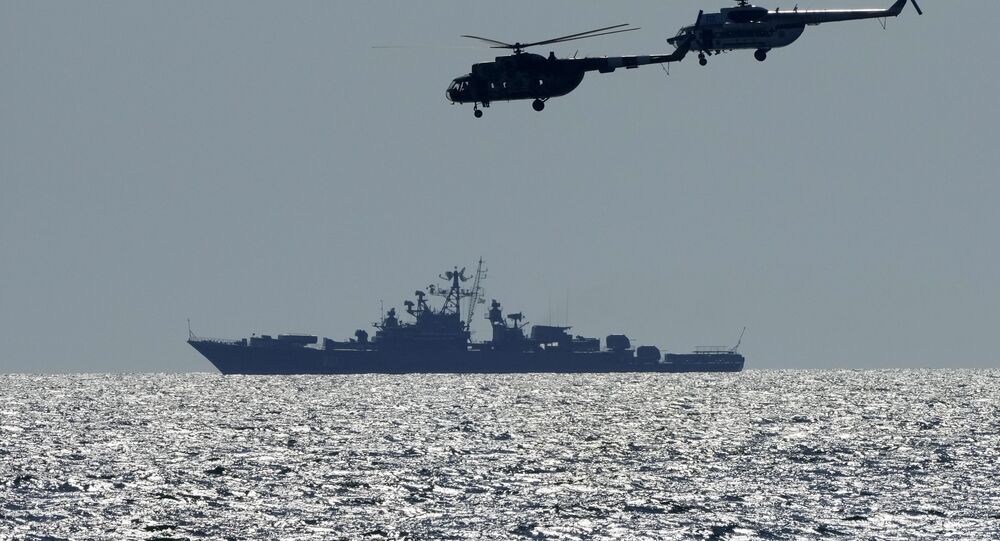 Russian Embassy in the US: West's Attempts to Test Black Sea Borders 'Doomed to Failure'

Moscow has signalled to the world that it's not happy with NATO’s Exercise Sea Breeze manoeuvres in the Black Sea near the Crimean peninsula.

Russia is warning Western allies that nothing good will come out of provocations in the Black Sea as any attempts to test Moscow’s willingness to defend its borders are “doomed to failure,” Russia's Embassy in Washington told Newsweek.

"Manoeuvres performed in the immediate proximity to the Russian shores with the use of U.S. and its allies' destroyers, as well as transport and landing ships—are a provocation," the embassy said in a statement commenting on the NATO and US-led Exercise Sea Breeze manoeuvres that ran from 28 June to 10 July.

"Such exercises with imitation of landing operations and Special Forces training activities undermine security in the Black Sea region,” the statement added.

This year’s drills were co-hosted by Ukraine and the United States and comprised 32 ships from 32 nations, including Britain’s HMS Defender that was bombarded by a Russian patrol ship on 23 June after ignoring calls to leave the country’s territorial waters. The UK Ministry of Defence denied that any warning shots were fired near its ship, while Prime Minister Boris Johnson said its passage was “wholly appropriate” as it was using international waters.

A trove of discovered documents allegedly from the UK Ministry of Defence later suggested that the ship’s intrusion was not accidental but rather a planned provocation to affirm that London doesn’t view Crimea as an integral part of Russia.

The UK government doesn’t recognise the results of the 2014 Crimean referendum that saw 97 percent of the peninsula’s residents vote to re-integrate it into the Russian Federation. However, it's time for Western partners to accept the reality, according to the Russian Embassy:

"We call on our partners to comprehend one simple thing – the population of Crimea in 2014 already made its choice. It must be respected. The attempts of the West to test Russia's determination to defend its territorial integrity with such provocative exercises are doomed to failure."

But the US believes that the annual drills that have been running since 1997 should not be treated as a “provocation” by Russia, as they are not conducted in “response to any country or event,” according to US Navy Lieutenant Bobby Dixon, who is a public affairs officer for Exercise Sea Breeze.

"To call this exercise a provocation is to ignore the history of the exercise and the main consistent message," Dixon told Newsweek. "The exercise is a multinational coalition of nations dedicated to partnership and stability in the Black Sea region."

Russia disagrees with this stance, explaining that if similar exercises took place close to US borders, Washington would definitely not be happy about this.

"Imagine a situation where Russia conducts drills in the Gulf of Mexico," the embassy said. "This would have sparked a storm of indignation in the US."