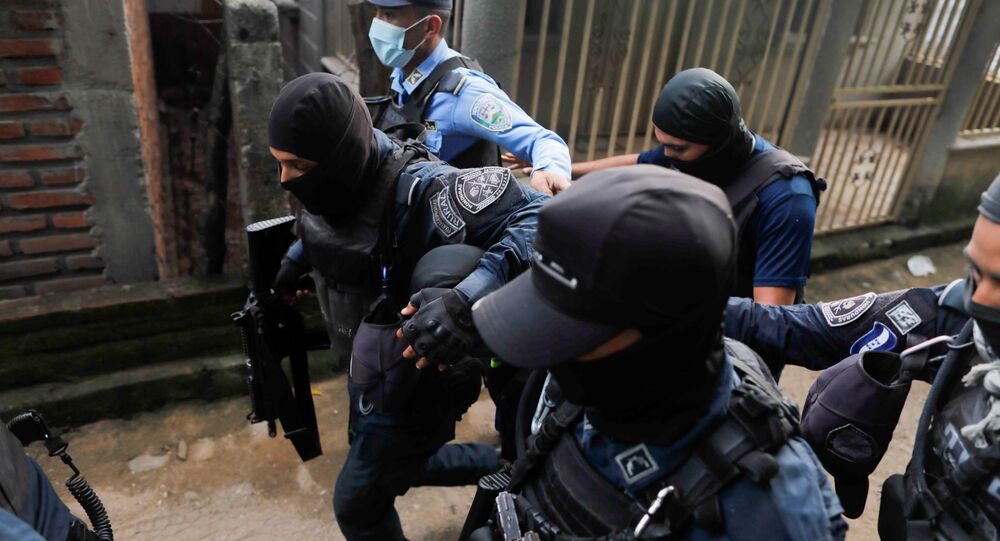 MOSCOW (Sputnik) - Honduran police say they've arrested five people as part of the investigation into the killing of an Italian man, who was beaten to death by a mob of 600 villagers.

"The National Police… detained five suspects in the crime of murder and arson to the detriment of the Italian, Giorgio Scanu," the police reported on 9 July, adding that the detainees ranged in age between 19 and 55.

On Thursday, the 65-year-old victim was attacked with sticks, stones, and machetes at his home in the village of Santa Ana de Yusguare, in Honduras’s southern department of Choluteca, 50 miles south of Tegucigalpa, the Honduran capital. The attackers believed the Italian had murdered a homeless man.

"According to the police report, last Thursday, a mob of approximately 600 armed people destroyed the home of Giorgio Scanu, with the apparent intention of killing him, in the attack they set his home and vehicle on fire," the police said.

According to Human Rights Watch, violent crime is rampant in Honduras. Despite a recent downward trend, the murder rate remains among the highest in the world, with approximately 38 people killed per 100,000 inhabitants. During the first half of the 2010s, the number of murders in the country of under 10 million people averaged over 5,000 per year, comparable to the combined number of murders in all of the countries of the European Union.