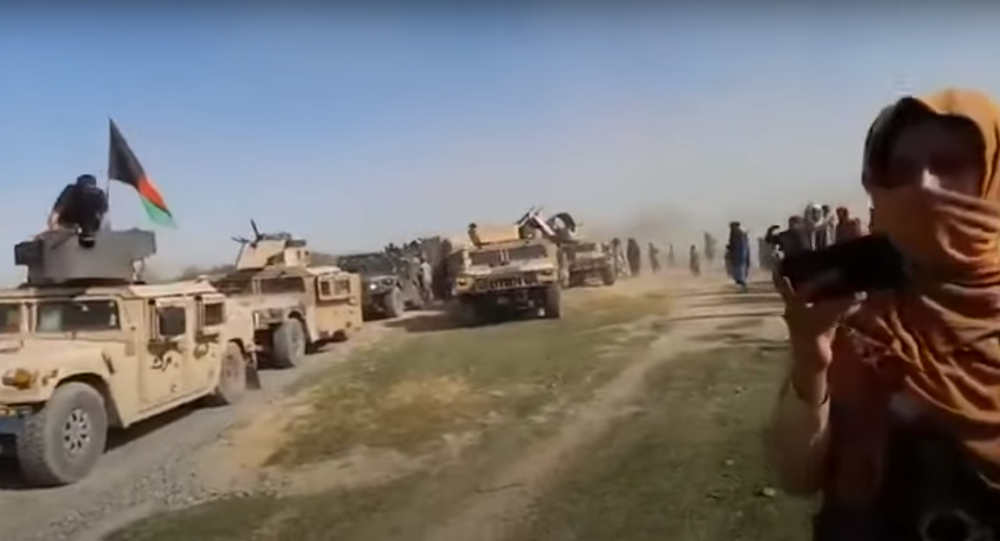 Earlier, the White House said that Afghan translators would be flown to third countries in August, where they could wait until their special immigrant visas were approved.

The wives of Afghan interpreters that were working for the UK military have taken legal action against the UK government to allow them to join their spouses in Britain, according to the Daily Mail.

The former translators were granted sanctuary in the UK, but their wives could not join them, as they got married after asylum had been granted.

Now the women have started a judicial review of the decision, underscoring the danger they face in Afghanistan from the Taliban*.

Afghan interpreters are facing threats from the Taliban movement for helping US and NATO forces throughout the last 20 years of the war in Afghanistan.

On Thursday, US President Joe Biden in his remarks on the US troop drawdown efforts in Afghanistan vowed that the US forces will pull out from the country by 31 August. Admitting that the Taliban group is at its strongest point, Biden stressed that its takeover of the country is not inevitable, given that the Afghan military is better equipped, trained and boasts a force 300,000 strong against the Taliban's 75,000.

The departure of US and NATO forces from Afghanistan has been met with a surge in violence, with dozens of districts in Afghanistan's rural north falling to the Taliban movement in the past weeks.