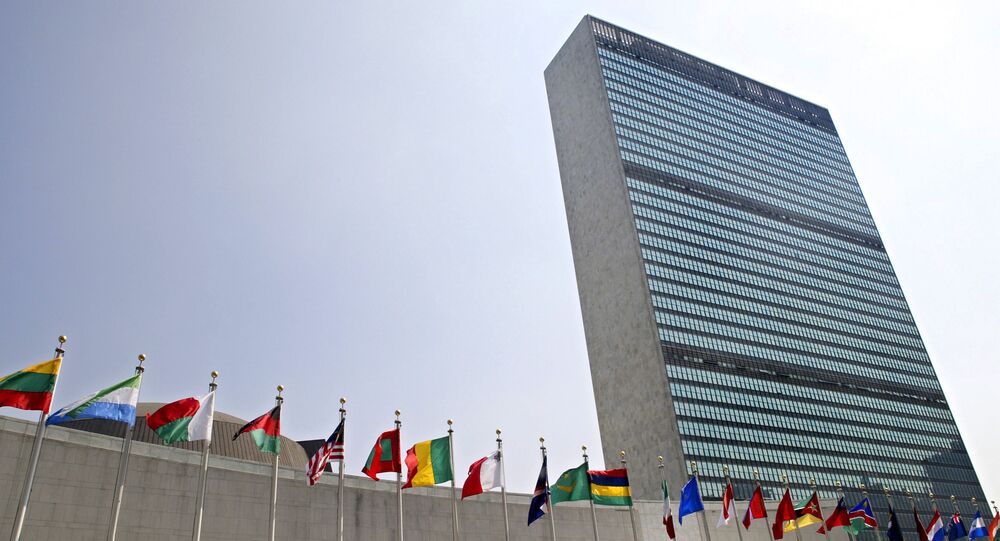 Earlier media reports said that Haiti had sent a letter to the UN asking it to send troops to help protect key infrastructure and ensure security and public order in the country after the assassination. Haiti has also asked the US for similar military assistance.

"What we can tell you is that our special political mission in Haiti, BINUH, received the letter, which is being examined. The dispatch of troops under any circumstances would be a matter for the Security Council to decide," Guterres’ office told Sputnik in a statement.

The source within the UN Security Council told Sputnik that the Council is currently not planning any meetings on the Haiti issue.

"It is not planned as of Friday that the SC meets again on Haiti," the source said.

Earlier this week, the UN Security Council had already held one meeting on the topic.

The letter from the Haitian Prime Minister's office to the UN Office in the country is dated July 7.

US National Archives
Haiti's Interim Gov Reportedly Requests Troop Deployments by US, UN to Ensure Country's Security
Earlier, Norway's Permanent Representative Mona Juul said that the UN Security Council is not yet considering the possibility of the organization's peacekeepers returning to Haiti amid the assassination of the country's president. In 2019, the UN announced the end of a 15-year peacekeeping mission in Haiti.

Haitian President Jovenel Moise was fatally wounded in an attack on his residence on the night of July 7. His wife Martin Moise was taken to Miami, US, for treatment and is in critical condition.

The Haitian authorities reported the arrest of suspects in the assassination of the president with several of the perpetrators being killed in an operation. The Haitian minister of elections said the group of mercenaries who killed the president consisted of 26 people.

From Emperors to Presidents: Haiti's History of Political Killing Returns to Haunt It