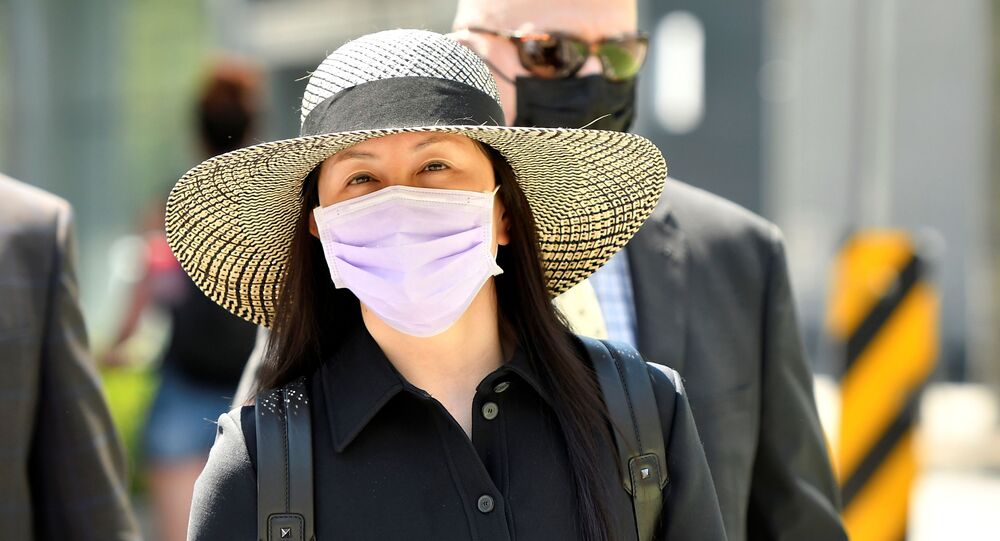 In April, the High Court of the Hong Kong Special Administrative Region ordered HSBC, which Meng is alleged by the US Justice Department to have defrauded, to release additional documents to the executive’s defense team and to Canadian government prosecutors representing the Attorney General of Canada (AGC), which is representing the United States.

"My decision is that the application is denied. The HSBC documents will not be admitted," British Columbia Supreme Court Justice Heather Holmes said during a hearing on Friday.

Holmes said part of a Huawei PowerPoint presentation would be admissible, however, the admission of the full presentation would require both the AGC and the executive legal counsel’s consent. Both parties said they would need time to review the material, which delves into Huawei’s compliance with international sanctions on Iran.

The written decision will be made public within the next ten days, Holmes said.

The decision to reject the supplementary evidence is significant given that Meng's legal team had billed the documents as “fatal” to US efforts to extradite the executive. Government prosecutors, however, maintained that the documents are suitable for a trial, as opposed to an extradition process.

Huawei expressed regret regarding the ruling, saying that despite the decision the documents demonstrated that HSBC executives knew Skycom’s accounts with the multinational financial conglomerate were controlled by Huawei.

The Justice Department alleges that Meng committed fraud by misleading HSBC into approving more than $100 million in transactions that contravened US sanctions on Iran from 2010 to 2014. Skycom is alleged to have acted as a shell company for Huawei in its transactions with Iran.

Meng, the daughter of Huawei founder and CEO Ren Zhengfei, was arrested on December 1, 2018, at Vancouver International Airport during a layover stop at the request of the US government.

Meng remains under house arrest in Vancouver, although is free to traverse the region in the company of state-imposed guards outside of her 11:00 pm to 6:00 am curfew.

Meng will next appear during a case management conference on July 29 at 9:15 am PDT.

The final arguments in the 18-month-long extradition process will begin on August 3.