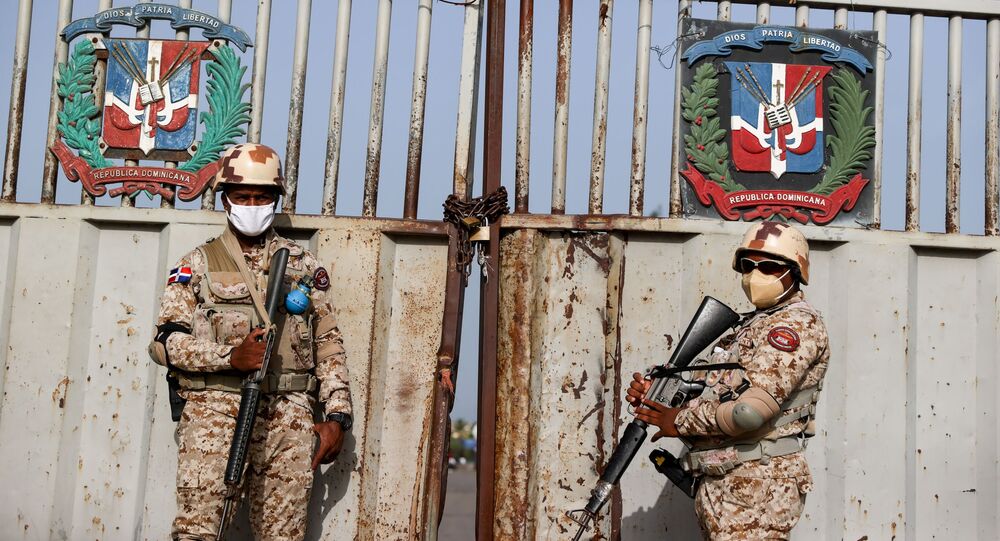 MEXICO CITY (Sputnik) - The Colombian law enforcement department on Friday unveiled data on the displacements of several Colombians allegedly involved in the assassination of Haiti President Jovenel Moise, according to which the main group of the mercenaries arrived in Haiti through the Dominican Republic on June 6.

A total of 17 individuals were apprehended by the Haitian authorities in relation to the president's murder.

"We already have initial information about the routes and travel dates of some of them, which airlines they used. The information was transmitted not only to Haiti but also to the Dominican Republic, where they flew to get to Haiti," Colombia's police chief Jorge Luis Vargas said during a press conference.

The data maintains that 15 suspects, identified as Colombian citizens, three of whom were neutralized by the Haitian security forces, participated in the operation against Moise. Vargas confirmed that six people, among whom two were eliminated, are Colombian soldiers, while other suspects "are not active members of the national army."

In particular, according to the data, two Colombian nationals, suspected to be mercenaries, traveled to Bogota, then to Panama, flew to the Dominican capital of Santo-Domingo on May 6, and then departed from the Dominican Republic to Port-au-Prince, the capital of Haiti, on May 10.

The main group of Colombians arrived in the Dominican city of Punta Cana on June 4 from Bogota, spent two days there, and then went to Haiti.

Moise was shot dead at his private residence on Wednesday morning and his wife was wounded in the attack.