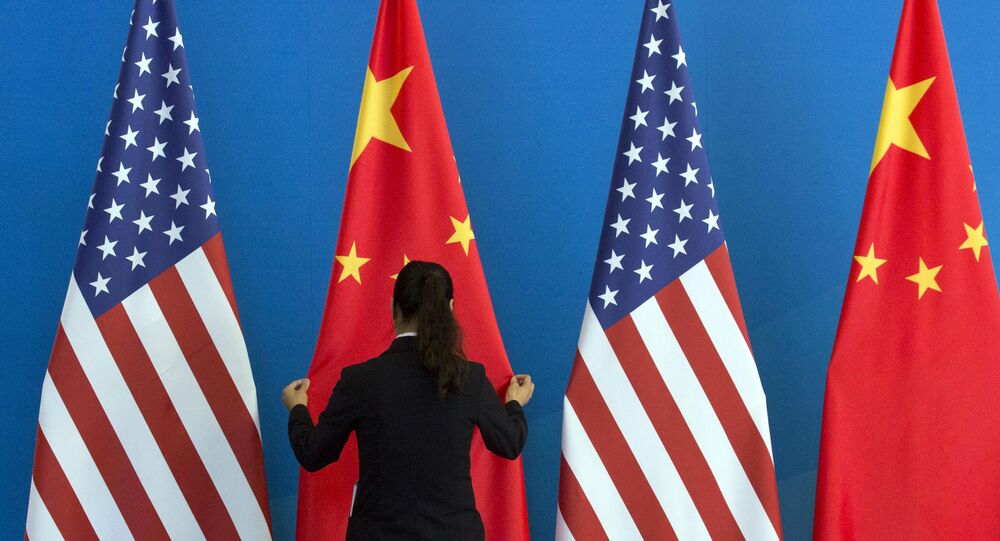 US is Its Own Biggest Challenge, Chinese Vice President Wang Says

Friday marked the 50th anniversary of the 9 July, 1971 trip to China by then-Secretary of State Henry Kissinger for secret diplomatic talks. A week after the breakthrough visit, President Richard Nixon announced publicly that he would visit the country in 1972. The two countries established diplomatic relations in 1979.

The United States “should avoid a vicious cycle of misguidance and miscalculation” in relation to China, and recognise that the biggest challenge it faces is itself, not Beijing, Chinese Vice President Wang Qishan has said.

Speaking at a virtual event dedicated to the semicentennial of Henry Kissinger’s secret 1971 trip to China on Friday, Wang said relations between the two countries were at a critical juncture, and that the two economic giants should strive to handle problems in relations through dialogue and consultation, and to expand common interests.

“We hope that the US will have a clear understanding of the global trend, follow the trend of the times, make the right choice and meet China halfway,” Wang said.

#US strategy toward #China should avoid a vicious cycle of misleading and miscalculation, and it should recognise that its biggest challenge is not China, but self, Chinese Vice President Wang Qishan said on 50th anniversary of Henry Kissinger's trip to China. pic.twitter.com/EHZbDWAr6n

Kissinger told conference attendees via Zoom that good relations between China and the United States were even more important now than in 1971.

“So here we are, 50 years later, in a situation in which the need for cooperation has not diminished, but the mechanisms and the procedures and maybe the understandings have not yet been fully worked out. But it remains important for the world and important for our two countries to understand that the premise which led to the visit in 1971 is still valid,” the 98-year-old retired diplomat said.

Kissinger travelled to Beijing several times in the early 1970s for secret negotiations with Premier Zhou Enlai on the normalisation of relations between the US and the People’s Republic. Before that time, the US recognised the Taiwan-based Republic of China as the one true China. During his presidency, Richard Nixon laid the groundwork for a formal normalisation of ties with Beijing, and the US recognised the PRC and established diplomatic relations with it as the sole legitimate Chinese government in January 1979.

Wang and Kissinger’s comments come amid the most serious deterioration in China-US relations since the 1989 Tiananmen Square protests. In the space of several years, the Trump and Biden administrations have engaged China in a tech and trade war, levelled accusations in China’s direction about human rights abuses and “genocide” in the Chinese province of Xinjiang, and increased military deployments near China’s borders, including in the contested East and South China Sea waters.

© AP Photo / Andy Wong
US Imposes Sanctions on More Than 10 Chinese Companies
On Friday, the US Department of Commerce added over ten more Chinese entities to its economic blacklist, with the restrictions reportedly related to "human rights issues" and high-tech surveillance in Xinjiang.

China has repeatedly rejected the human rights allegations levelled against it by the US and its allies, recalling Washington’s own spotty human rights record, and calling on America to stop meddling in other countries' internal affairs. On Wednesday, Chinese diplomat Wang Wenbin warned that the United States would not be able to contain China’s development and "spread havoc" in Xinjiang under the pretext of "protecting human rights," saying China’s actions were about fighting violent extremism and terrorism, not ethnicity, religion or human rights.