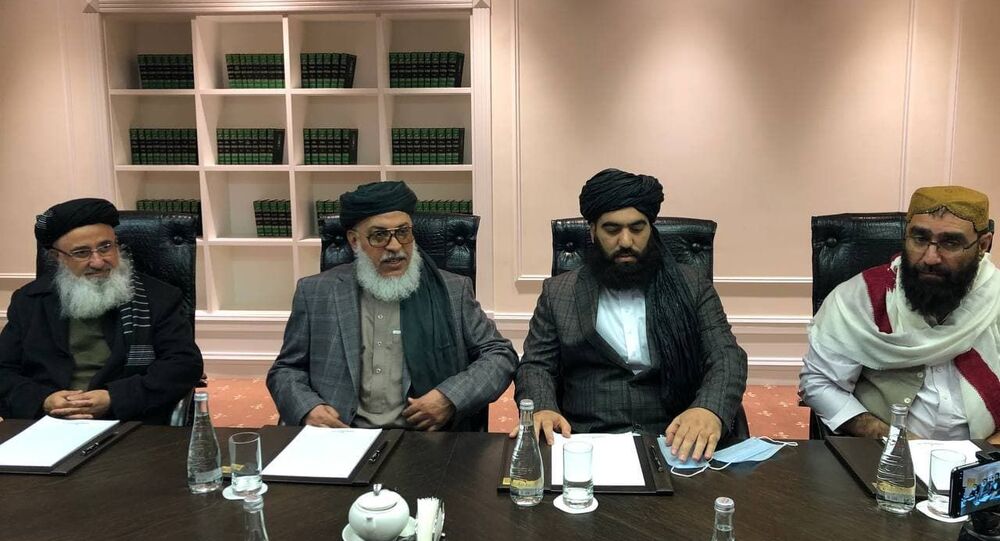 MOSCOW (Sputnik) - The Russian president's special envoy for Afghanistan, Zamir Kabulov, at a meeting with a delegation from the political office of the Taliban movement* discussed the prospects of launching intra-Afghan negotiations, the Russian Foreign Ministry said on Thursday.

"On 8 July, the Russian President's Special Representative for Afghanistan Zamir Kabulov held consultations with a delegation of the political office of the Taliban Movement. During the meeting, the sides discussed the situation in Afghanistan and the prospects of launching inter-Afghan negotiations", the statement says.

Russia expressed concern about the escalation in the north of Afghanistan and urged to prevent it from spreading abroad.

Taliban officials have confirmed their interest in achieving sustainable peace in the country, the ministry said.

"Moscow received assurances from the Taliban regarding the group's non-violation of the borders of Central Asian states, as well as guarantees of the security of diplomatic and consular missions of foreign states in Afghanistan", the ministry said.

Afghanistan is torn in a confrontation between government forces and the Taliban, who have seized significant territories in rural areas and launched an offensive against large cities. Tensions have flared up as the withdrawal of foreign troops from the country is nearing its end.

In recent days, thousands of Afghan government soldiers have fled to neighbouring Tajikistan, escaping from the Taliban, which took over 70% of the Afghan-Tajik border under its control. Uzbekistan, which shares a border with Afghanistan, has refused to accept Afghan soldiers trying to cross borders.