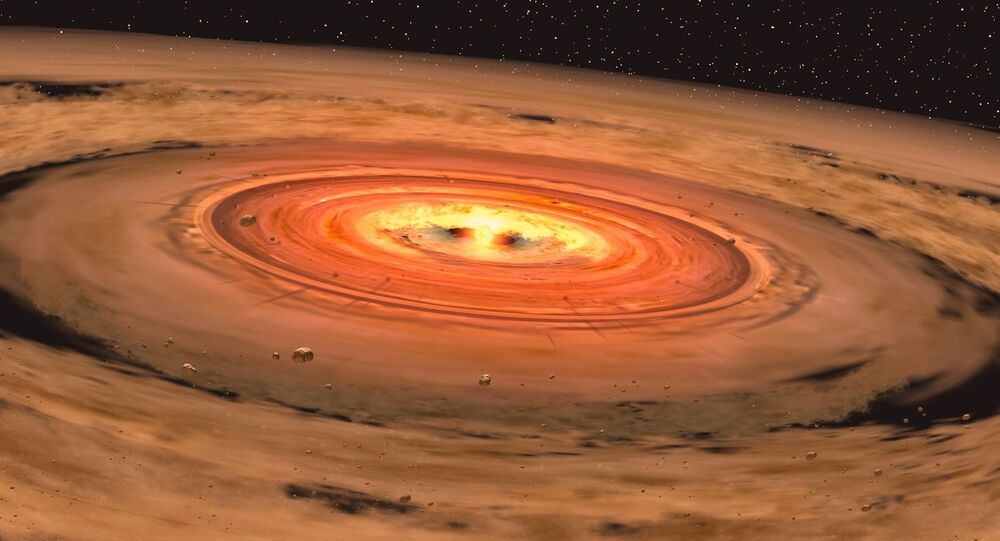 According to the team of scientists, these rare hypernovae are often associated with long-duration gamma-ray bursts in a nearby universe. This indicates that similar explosions of fast-spinning, strongly magnetised stars can occur during the initial period of star formation.

A team of scientists has recently highlighted that a type of energetic supernova dubbed a magnetorotational hypernova is a potential birthplace of r-process elements present in the universe. These elements are formed through a set of rapid neutron-capture processes, also known as the r-process. Interestingly, this process is responsible for the formation of around half of the atomic nuclei heavier than iron.

© CC0 / Pixabay
Supernova Found by Japanese Amateur Got 50 Times Brighter Over Past 2 Months, Reports Say
Yet, these elements are also formed when neutron stars collide with each other. According to the team, it's impossible for the collisions of dead stars alone to form all of the r-process elements seen in the universe. The team published its findings on Wednesday in the journal Nature.

These astonishing results came from discovering an elderly red giant star that is possibly 13 billion years old in the outer regions of the Milky Way. Per the study, there is an elemental abundance pattern in the extremely metal-poor star SMSS J200322.54−114203.3. The scientists also observed a "large enhancement in r-process elements, with very low overall metallicity".

The study also revealed that such a hypernova "could produce not only the r-process elements, but also light elements during stellar evolution, and iron-peak elements during explosive nuclear burning".

Studying the elemental composition of a star helps in understanding the family history of the star. "Forty-four different elements seen in the star suggest that it was formed from material left over by a special explosion of one massive star soon after the Big Bang", astronomer David Yong of the Australian National University in Canberra and lead author of the study said.

© CC BY 2.0 / andy
AI Data From Gaia Detects Stream of 'Lost' Stars Extending Thousands of Light-Years Across Milky Way
The team also emphasised that the hypernova is full of certain heavy elements such as thorium and uranium in a much higher quantity than expected from a neutron star merger. The researchers also stated that magnetorotational hypernovas are rare as it happens in one out of 1,000 supernova.

Now, the team is working towards finding similar stars that will reveal how frequent magnetorotational hypernovas are.

"The observations are impressive. But there is no proof that the [elemental] abundances in this metal-deficient star were made in a single event. It could have been one. It could have been 10. One of those events might even have been a neutron star merger", Stan Woosley, an astrophysicist at the University of California, Santa Cruz, who was not involved in the new study, said.